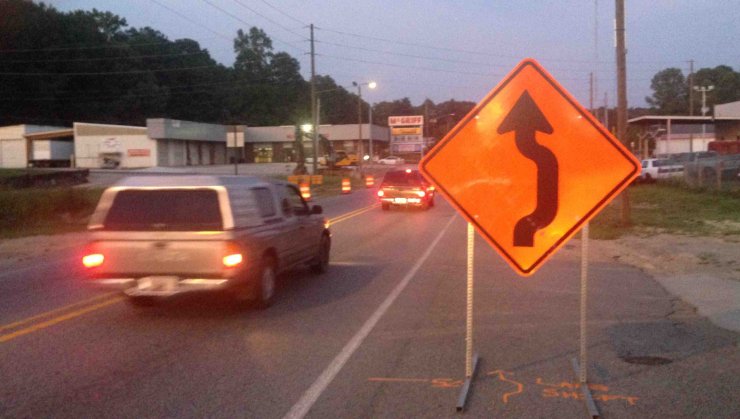 Construction gets underway Monday on Highway 13 North at 8th Avenue. The traffic lights at the intersection have been removed and there is no reason to stop, but you should slow down. Eigth Avenue has detours which circumnavigates the intersection until work will can be completed in a couple of months. The Alabama Department of Transportation (ALDOT), through a contractor, will be removing one lane of Highway 13 at a time at that location and installing a large culvert. The culvert will allow storm water to properly drain underneath the highway, instead of over it. Water on the roadway has been a problem which has plagued the intersection and a short stretch of Highway 13 for over 30 years. ALDOT has allocated $1.2 million for the project. Over the past several months, prep work has been completed, such as the moving of water, sewer, gas, electrical and phone lines. That work alone was expensive but the end result should be a highway which does not form a small lake during heavy rains.