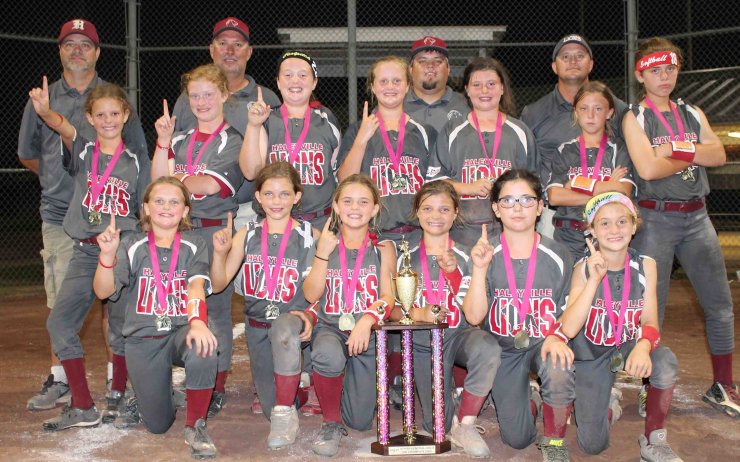 The Haleyville 10U Girls Fastpitch All-Star team competed in the Area tournament in Fultondale Friday June 19th and Saturday, June 20th.  This was a fourteen team tournament.  Haleyville went into the Area tournament as the #1 seeded team after competing in the two pre-area tournaments the weeks prior.  The girls remained undefeated throughout the tournament with wins over Walker County Pink, Corner and two games against Hueytown.  Haleyville faced Hueytown in the championship game. This is the first time ever that a Haleyville Youth Girls age group has won their Area Tournament. The girls will play in the state tournament that begins Thursday night of this week in Muscle Shoals.