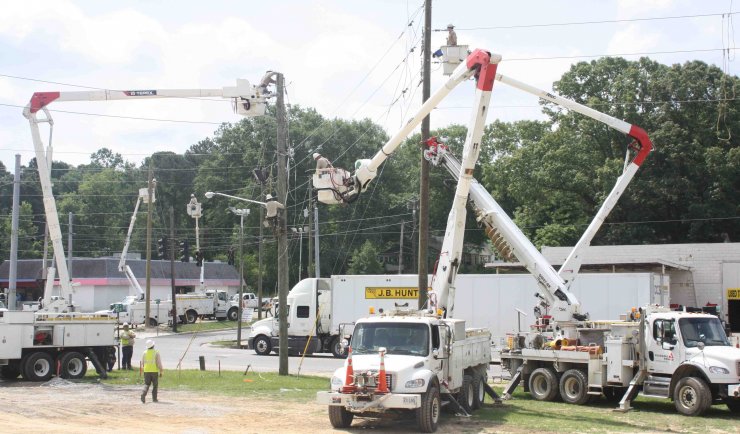 Numerous workers and 5 bucket trucks and a lift were performaning an aerial ballet Tuesday morning at the intersection of Highway 13 North and 8th Avenue. Power was interrupted from most of the surrounding neighborhood as crews installed a new power pole (one on the right) then moved the electrical lines to the new pole in the middle. Telephone crews were next to move Centurytel lines to the new pole. The pole in the middle had to come down to make way for the new storm water culvert to be installed under the highway this summer. The gas and water company has already moved their respoective lines underneath the ground which were in the path of the planned cluvert. The Alabama Department of Transportation is paying for this work in order to elimate flooding in the area which has been a problem for many years.