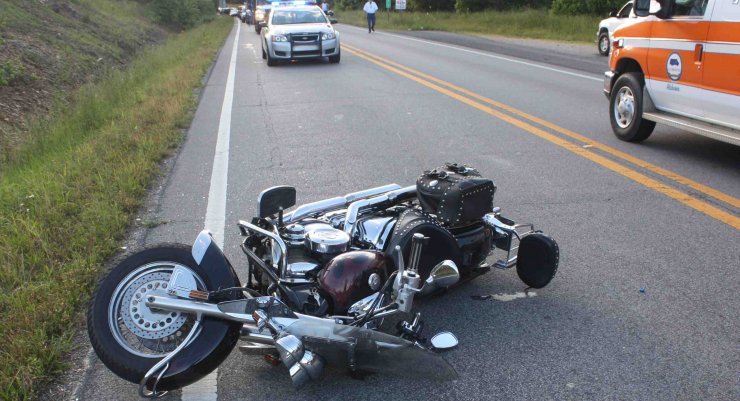 One man was injured when the Harley Davidson he was riding crashed on Highway 13 at the entrance to the North Industrial Park. Reportedly, John Myers, of Bear Creek, was braking to avoid hitting a car which was stopping in front of him. His bike went down in the southbound lane, blocking traffic in both directions for approximately 30 minutes. Myers was initially transported to the Russellville Hospital, then later in the night was airlifted to the Huntsville Hospital with internal injuries. His wife reported he does have broken ribs and a lacerated spleen. Alabama State Troopers are investigating the accident.