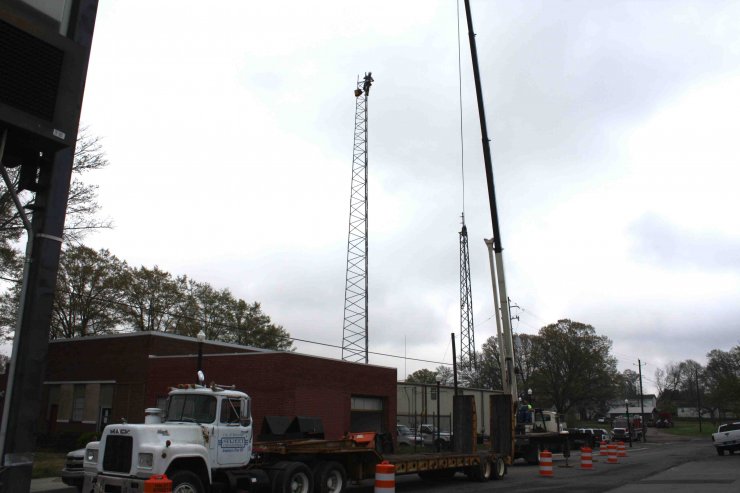 Last week the 100 foot communications tower next to city hall was taken down in anticipation of turning the building and property over to CVS, which plans to build a new store on the site. The tower once held the antennas for both the police and fire department radios, both dispatched by the Haleyville Police Department. Dispatching for both is presently being done from the Safe Room behind McDonalds until the new city hall is completed. Once the construction of the new city hall is complete, the tower will be erected again at the new site.

The work taking down the tower was done by a South Carolina company, Can Am, which is co-owned by a local businessman, Nathan Hulsey, who also operates Trees-R-Us in the Haleyville area.