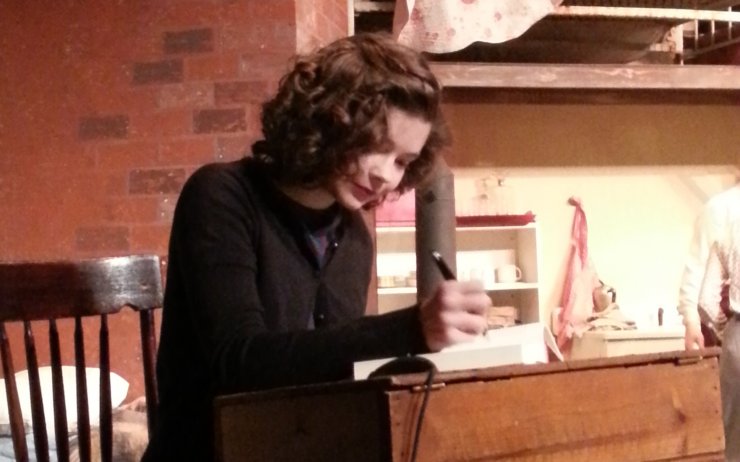 Mikayla Thrasher is a 17 year old who has been home schooled until this school year and is now a junior at Phil Campbell High School. Mikayla, who has a Haleyville address, lives just off Highway 243 in south Franklin County. She has been acting since she was 12 in theater in Winfield. Recently, she played the role of Anne in the Diary of Anne Frank performed at the Ritz Theater in Sheffield before over 3,000 over a 4 day period.

Yhe production was very special for Mikayla who said, "Playing the role of Anne Frank on the 70th anniversary of her death has changed the way I choose to live my life. She was so young and full of hopes and dreams despite her situation. Her story and her optimism have inspired me to pursue my dreams wit the same passion she did."

There have been many roles, but a few of the more notable roles she has played at the Past Time Theater in Winfield since 2012 include Hare, in Alice and Wonderland; Mrs. TV, in Willy Wonka and the Chocolate Factory; Mary Warren, in the Crucible; Ariel, in the Little Mermaid; and Juliet, in Romeo and Juliet.

Mikayla loves being on stage and working toward her dream of being a great actress. We wish her the best.