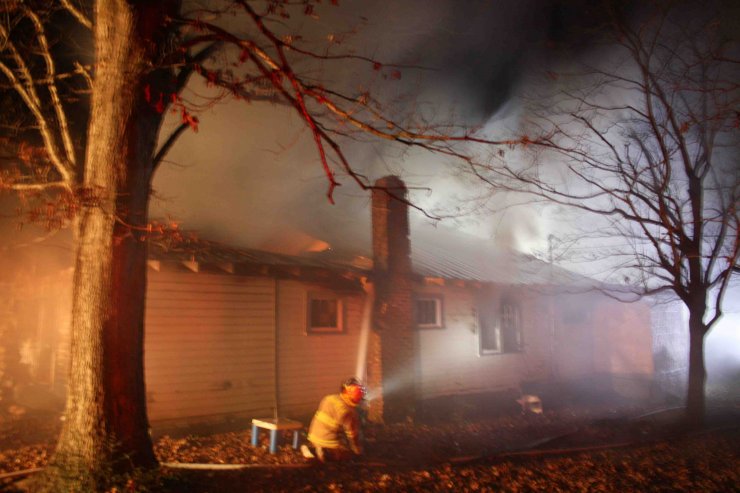 A fire around midnight Friday became a three alarm fire as flames burned through the roof and spread through a house on 5th Avenue in South Haleyville. The home was reportedly occupied by Billy Gray and Crystal Grace. The occupants suspect the fire started in the attic from the chimney. All their clothes and possissions were lost to fire and smoke.

Haleyville firemen called for and received assistance from both Delmar and Bear Creek Fire Departments.