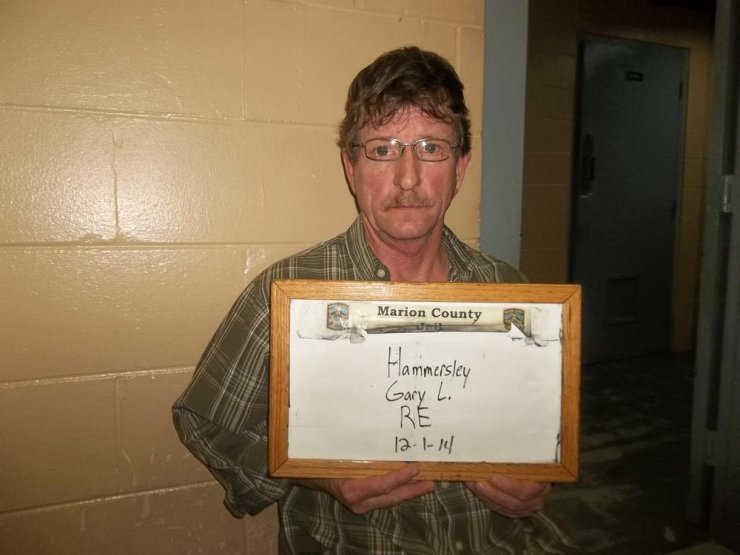 Gary Lee Hammersley, 51 of Haleyville, was arrested last week by the Marion County Sheriff’s Department for Reckless Endangerment and Felon in Possession of a Firearm. Hammersley had prior felony drug convictions.

This arrest was made after officials received a call about shots fired on Harrison Road off State Highway 129 just outside Haleyville. The incident began with a verbal altercation around 3:30 in the afternoon, but police were notified around 5:00 p.m. when Hammersley returned to the scene with a pistol and fired shots over the complainant’s home.