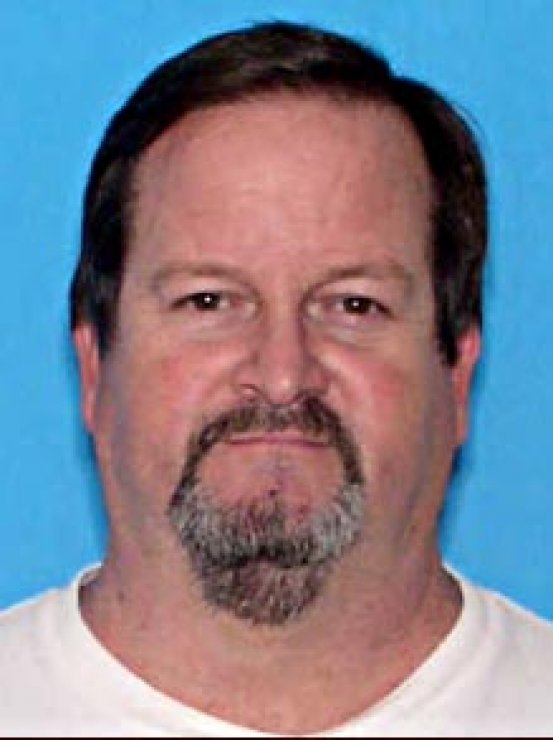 Varney Ray Calloway was found guilty of murder last week following a four day trial. The murder of Jackie Ray Wright took place on County Road 40 in the Helican Community, just outside Arley, on December 12, 2012. It occurred the day after Wright caught Calloway having an affair with his wife.

On December 11, 2012, Wright went to Calloway’s home. There is a long driveway down to the residence, and Calloway and Mrs. Wright saw Wright on the property. Wright left, and his wife followed him trying to get him to pull over. Wright refused to pull over to talk to her. On the morning of December 12, 2012, Wright filed for a divorce.

That evening, he returned to County Road 40 and parked his truck off the side of the road about 400 feet away from Calloway’s driveway. He then walked down to the area of Calloway’s mobile home. Calloway claims he heard the dogs barking and went outside carrying a 30-30 rifle and a .44 caliber handgun to see why the dogs were barking. Wright was not armed.  Calloway stated he saw Wright and confronted him. Both Wright and Calloway walked about 750 feet back up the driveway to where it intersects with County Road 40. That was the first place Wright’s blood was shed.

At some point during this altercation, Calloway struck Wright on the head at least five times with the barrel of the rifle. Wright had five deep lacerations on the back of his head that cut through his scalp, and the barrel of the rifle was bent from the strikes. From that point, both men walked back to Wright’s truck about 400 feet down the road. A motorist passed by and heard Wright screaming for help. She contacted a former deputy of the Winston County Sheriff’s Department who then contacted the sheriff’s dispatch to send deputies to the scene. The motorist witnessed Wright sitting on the ground leaning up against the back of his truck holding a piece of white blood stained fabric up near his head. She also saw another man beside Wright holding a “long gun” with his back to the road.

Deputy District Attorney Neal Cook believes Calloway then used the handgun to shoot Wright in the chest. When he fell over, Calloway shot him again in the back of the head. Calloway then walked back to his residence, got in his truck, returned to the scene, and loaded Wright’s body into the back of the truck. Calloway drove several miles down County Road 40 to property owned by his employer and dumped the body near the edge of the woods. When he returned to his residence, he could see blue lights from law enforcement officers down the road where the shooting occurred.

When the first deputy arrived at Wright’s truck, there was no one there.  He found blood on the ground and on the tailgate of the truck and on the bumper. There was also a blood and hair covered spent .44 caliber bullet on the ground near the back of the truck. With no one around to account for the blood, the deputy first thought it might have been a hunting accident. He called for assistance, and officers and investigators from the Winston County Sheriff’s Department, Arley Police Department, Community Constable, Marion/Winston District Attorney’s Office, and the Alabama Bureau of Investigation responded to the scene.

Investigators went to Calloway’s house to ask if he had heard or seen anything. Calloway originally denied even knowing about it. He told investigators he heard shots in the area earlier, but he claimed that was common and assumed it was hunters in the area. Investigators found Wright’s blood and cell phone on the ground at top of Calloway’s driveway along with four spent 30-30 shell casings. There was still no body by the next morning. At that time, Calloway went to the Arley Police Department for questioning. He till denied all knowledge of the incident or the affair with Wright’s wife. While Calloway was in for questioning, investigators were able to secure a search warrant for Calloway’s property due to the evidence found there. During the search, investigators located located ammunition for a 30-30  and a .44 caliber handgun, but no gun was found for either. Calloway returned to his residence, and investigators asked about the missing guns. He originally stated he let a friend borrow the rifle.

During the second questioning at Arley City Hall, Calloway sensed the investigation was not going well for him, and he confessed to officials that he shot Wright. However, he stated it was in self-defense. Calloway led investigators to the body and provided both of the guns used. Both Calloway and Mrs. Wright denied the affair until the trail. In the trial, three personal cards were entered into evidence containing romantic, personal messages between Mrs. Wright and Calloway. They both admitted the affair during testimony.

Calloway’s trial lasted four days, and the judge provided the jury with options of man slaughter, murder, and self-defense in determining what happened with the case. The jury deliberated less than 90 minutes before returning and delivering the guilty verdict for murder. Calloway’s sentencing date has not been set yet, but murder is a Class A Felony requiring 10 to 99 years or life in prison. Since a firearm was used, the minimum sentence was automatically raised to 20 years.

“I am very pleased with the verdict of the jury.  It was clearly supported by the evidence that was presented.  The evidence did not support Mr. Calloway’s claim of self-defense.

I wish to thank Mr. Wright’s family members for their patience during the time leading up to the trial.  Justice often seems much too slow in coming, but it is something that should never be rushed.  Now that justice has been rendered, I hope that the family can begin the long process of healing.

I also wish to thank all of those who assisted in the investigation of the case and its preparation for trial.  Among those to be thanked are Chief Aaron Brown of the Arley Police Department; Corporal William Burke and Sgt. Kent Dondaldson of the Alabama Bureau of Investigation; Sheriff Rick Harris, Investigator Shawn Kelley, and Deputy Brad Curtis of the Winston County Sheriff’s Department; Constable Greg Howse; Chief Investigator Tommy Moore and Investigator Ken Mays of the District Attorney’s office; and the Alabama Department of Forensic Sciences.  Deputy District Attorney Rachel Smith, VSO Tammy Miller, and Office Administrator Crystal Till provided invaluable assistance before and during the trial of the case.”