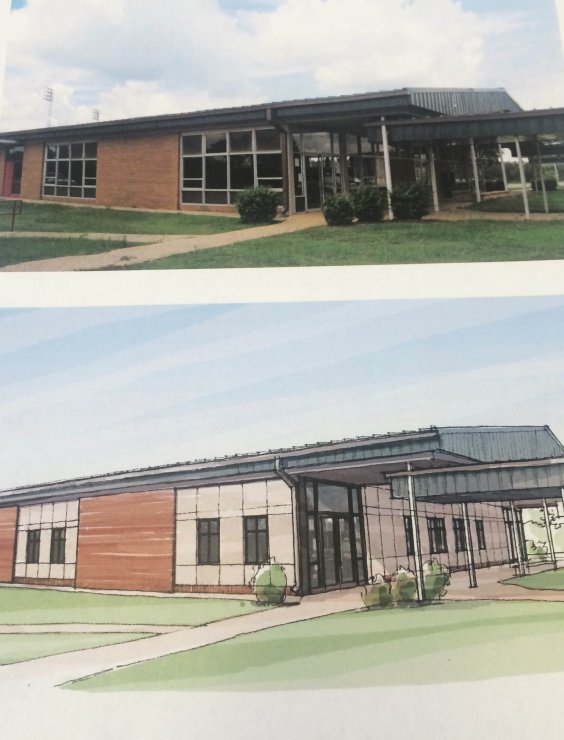 The Haleyville City Schools Board of Education held a special-called work session last week to discuss the possibility of a new design for the Haleyville High School Lunchroom. The current building was built in 1964 with only one minor upgrade since that time. There are currently issues with water leaks on the exterior wall on the side next to 20th Street. The building is not economical, as it will not hold heat in the winter or air conditioning in the warmer months. It is also just not aesthetically pleasing to the eyes.

This project is now atop of the list of about twenty-five projects the Board of Education would like to see completed across the campus of Haleyville City Schools. The school has applied for $35,000 in grant money from the state Child Nutrition Program to assist with the project. The grant money will have to be used on necessary items for the facility and cannot be used just for upgrades to the building itself.

Among the list of changes, the HCS administration would like to see upgraded and more energy efficient windows, remove the center doors, seal off the outside wall to make needed repairs from past leaks, prevent future water leaks on that outside wall, update the seating, replace the old lion design on the wall with an updated version, and change out the ceiling tiles to help keep the noise level down in the room. They do hope to keep many of the windows and the natural light they offer. They also hope to be able to offer things such as charging stations for laptops and iPads in order to allow students a comfortable environment for completed assignments. The overall goal of the project is to make the lunchroom into a facility that is more student-friendly and a place where they actually like to “hang out” rather than the often ill-considered typical lunchroom setting.

This project has not yet been approved by the Haleyville City Board of Education, but the project is in the beginning stages. 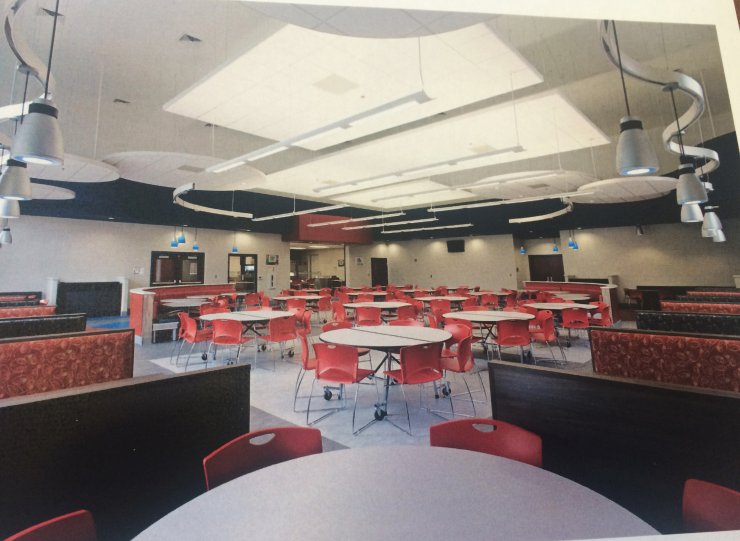