One Injured in Tanker Collision 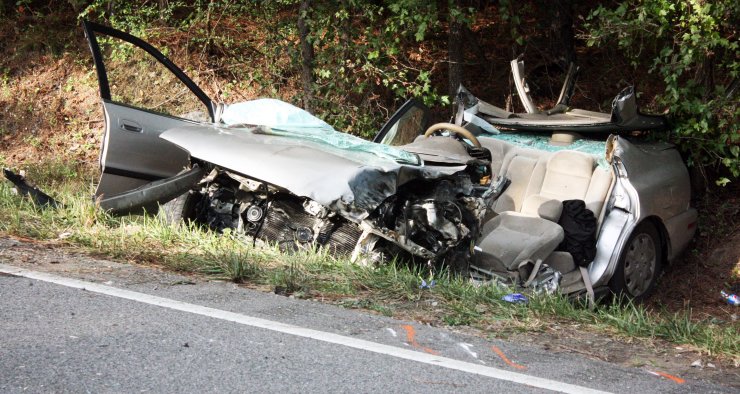 UPDATE: The Haleyville Police Department has now released the names of the individuals involved in this accident. The Honda Accord was driven by Gary Scott Denny, 49 of Empire (Walker County). The tanker truck was driven by Robert Edward Smith, 53 of Jasper. At last report, Denny was still at UAB Hospital in critical condition.

The Haleyville Police and Fire Departments responded to a two vehicle accident on State Highway 13 South in front of Shotguns Restaurant Sunday afternoon around 3:30. The Honda Accord was traveling north, and the Kenan Transport Company tanker truck was traveling south. The vehicles collided on the driver’s side of the truck and at the front end and driver’s side of the Accord. The Haleyville Fire Department extricated the driver of the Accord, and he was airlifted to UAB from the scene of the accident with serious injuries. No other injuries were reported in the accident. This accident is under investigation by the Haleyville Police Department.