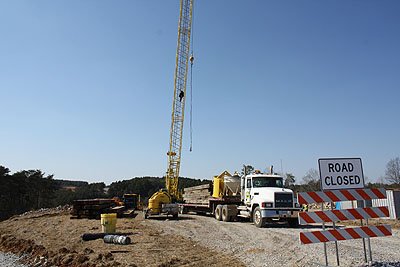 On November 6, 2009, Alabama Department of Transportation let a contract for dual bridges to be constructed over Bear Creek Lake as part of the relocation of Highway 13 project, better known locally as the “Haleyville Bypass”. This project may take up to two years for completion.

Scott Bridge Company of Opelika was the low bidder at $17,711,338.11. Two cranes and other equipment have been moved to the site which immediately began offloading other equipment and construction material. 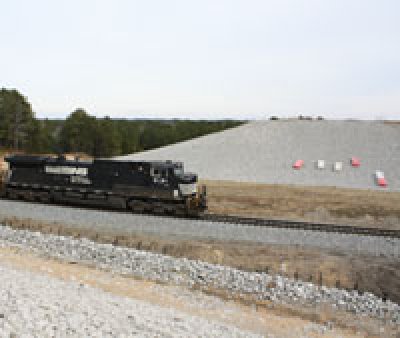 In January, ALDOT let a contract for the construction of dual bridges over the Norfolk-Southern Railroad just north of Phil Campbell. The low bid of $2,348,244.82 was entered by Riley Bridge & Engineering Company of Russellville. According to Ron Riley, work should begin on these bridges in April.

ALDOT plans to let a contract to construct dual bridges over Gas Branch Creek in April which is located between the other two bridges all in Franklin County.

Purchasing of right-of-way for the second section between Franklin County Road 79 and Alabama Highway 195 at Wal-Mart is still a couple of years away.