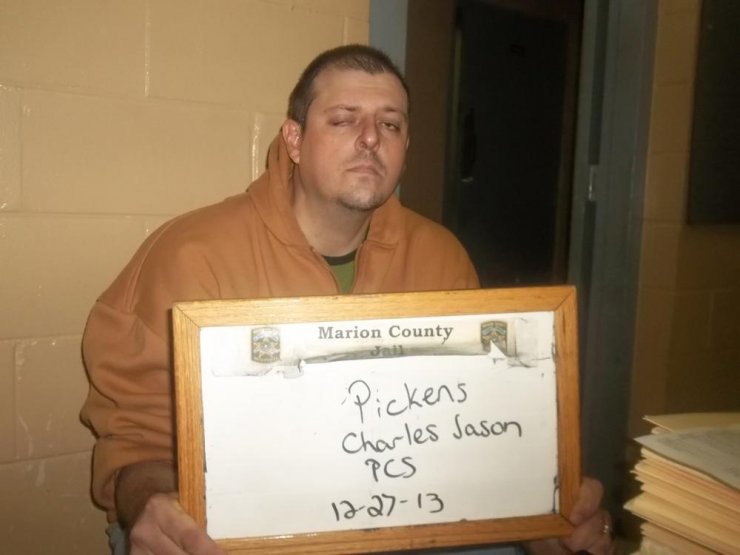 UPDATED: The Haleyville and Bear Creek Police Departments arrested Charles Pickens, 39 of Bear Creek, Monday around 4:00 p.m. The arrest followed a hit and run accident earlier in the afternoon in Haleyville, but the subject was found and arrested on Flat Creek Road in Bear Creek after he fled his disabled vehicle on foot and attempted to run from officers. Pickens was arrested for Driving Under the Influence, Leaving the Scene of an Accident, and Illegal Possession of a Prohibited Beverage. He was transported to the Marion County Jail by an officer from the Bear Creek Police Department.