Saved by a Tree

There was a one vehicle accident on State Highway 195, near County Road 403, in the Forkville Community Thursday. Responders from the Pebble Fire Department, Haleyville Fire Department, Alabama Department of Public Safety, and Winston County Sheriff's Department arrived on the scene around 5:00 p.m. The vehicle was several hundred feet off of an embankment, but when responders reached the vehicle, David Allen Whitman, age 55, told them the accident had occurred around 9:00 a.m. Thursday morning. Whitman was treated on the scene by Regional Paramedical Services before being flown for further treatment.

Officials on the scene stated Whitman was traveling south on State Highway 195. He lost control of the truck and left the right side of the roadway. Whitman's truck came to a stop against a tree on the edge of an embankment. The accident is under investigation by the Alabama Department of Public Safety.

Photos are courtesy of Ward's Towing. 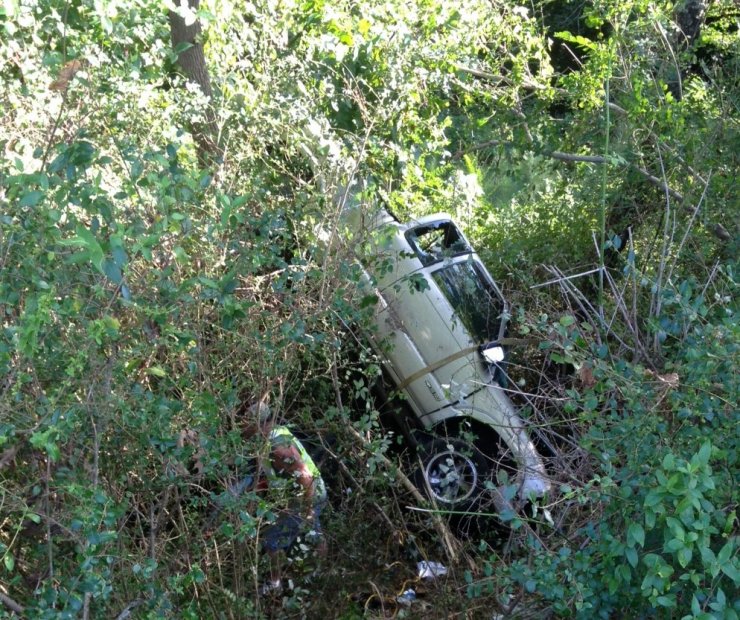