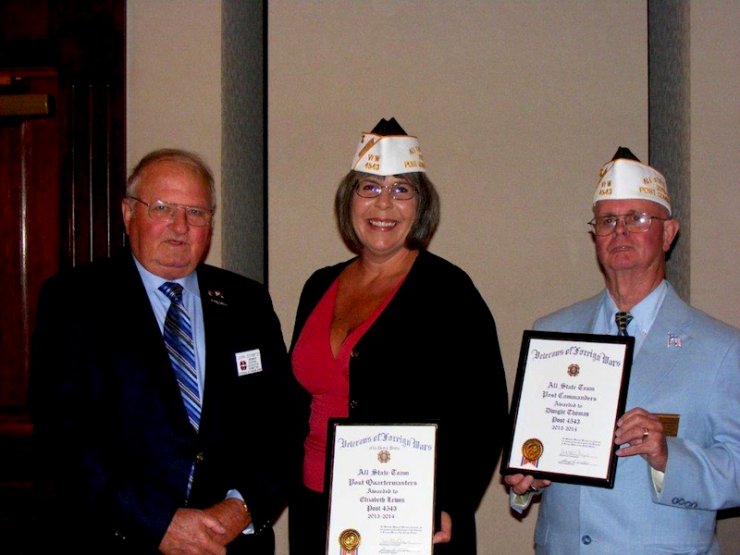 Following numerous state awards and commendations, Haleyville Post 4543 of the Veterans of Foreign Wars has now received national honors. Post 4543 is one of only three posts in the state to receive the title of All American Post. This honor has not been received by the Haleyville unit since 1949, and is a great accomplishment. This title lands Post 4543 among the top 25 posts of the V.F.W. in the nation and reflects the hard work put into the multiple community activities over the past year. In addition, Dwight Thomas has been named All American Post Commander, and Beth Lewis has been named All American Quartermaster. Each of these awards will be presented at the National Veterans of Foreign Wars Conference in St. Louis, Missouri next week.

The above photo show Lewis and Thomas receiving the All State Quartermaster and Commander awards at the State Convention last month.