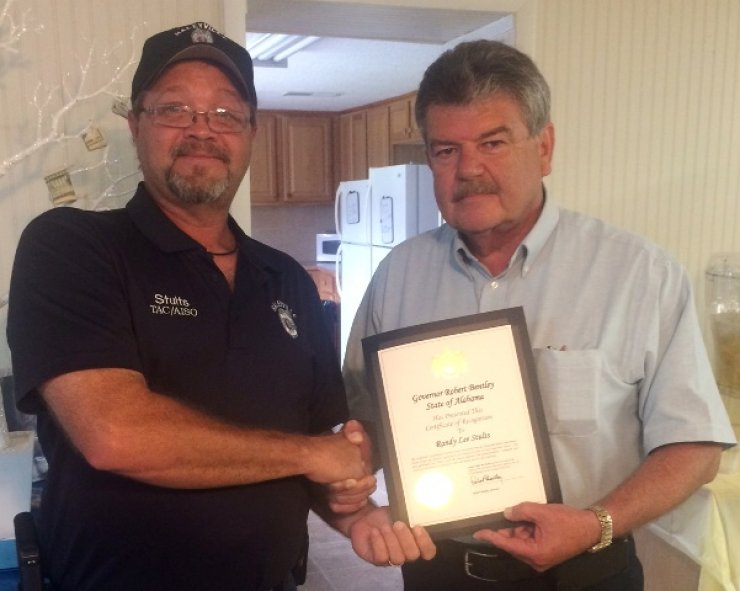 A retirement reception was held for Haleyville Police Department dispatcher, Randy Stults. The reception was held at Littleville United Methodist Church Saturday afternoon. Stults had been a Haleyville Police Department employee for thirty-three years and has served his community well, during good times and bad. Many coworkers saluted Stults and told stories of his thirty-three years, but the event ended with the presentation of several awards and commendations by Haleyville Police Chief Kyle Reogas. Among the awards received, Reogas presented Stults with a Certificate of Merit from Alabama Governor Robert Bentley for his exemplary public service.

Congratulations, Randy! Thank you for your hard work and dedication to Haleyville and the surrounding communities.