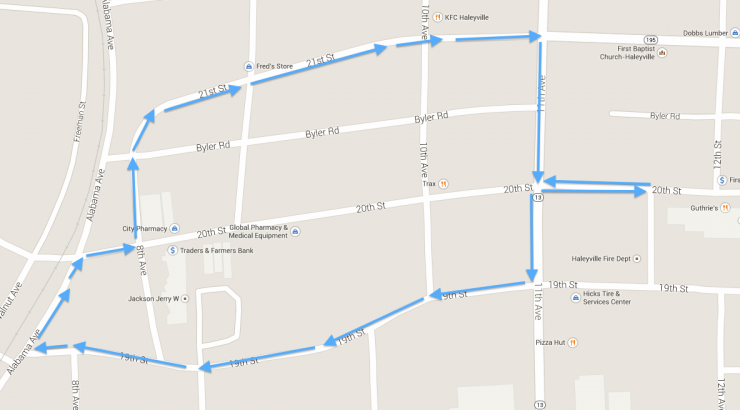 This year's Haleyville Alumni Day and 9-1-1 Festival Parade will be held at 10:00 Saturday morning.  The parade route is highlighted on the map above.  It will begin on 20th Street near Haleyville City Hall and will make a left turn on State Highway 13. Next, the parade will make a right turn onto 19th Street, just before Piggly Wiggly. It will follow 19th Street all the way to 8th Avenue along the back side of Traders and Farmers Bank. Then, it will proceed right down 21st Street until it makes a right turn on State Highway 13 and completing the route at Haleyville City Hall.

Remember, most roads in and joining the route will be shut down for an extended period of time during the parade. If you must travel in the area, expect delays or plan an alternate route to avoid the road blocks.