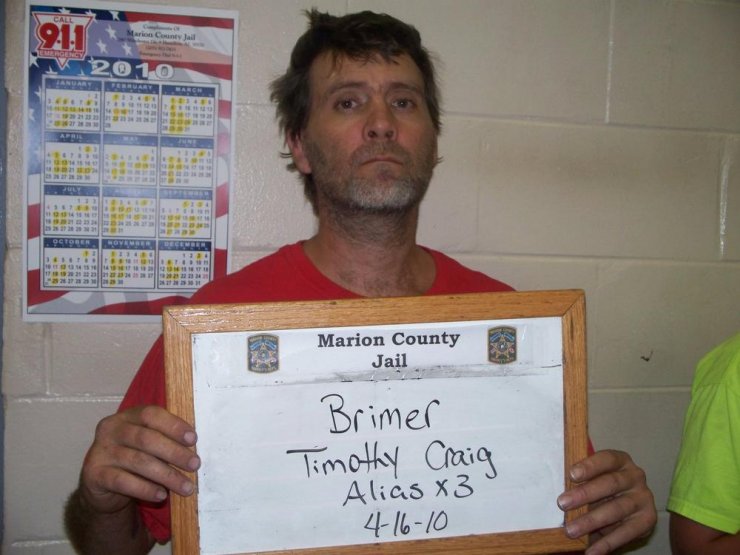 The Bear Creek Police Department received a tip Tuesday, May 13, 2014, that there was drug activity at the Brimer residence on Yancey  Bend Road. When police arrived, Brimer was not home, but police found evidence of a recent methamphetamine lab and all of the components for making meth. While police were searching the property, Brimer pulled into the driveway. However, when he saw police he left again trying to evade officers. Brimer wrecked just up the road from his residence, near the intersection of Yancey Bend Road and Phillips Road. He then fled into the woods on foot.