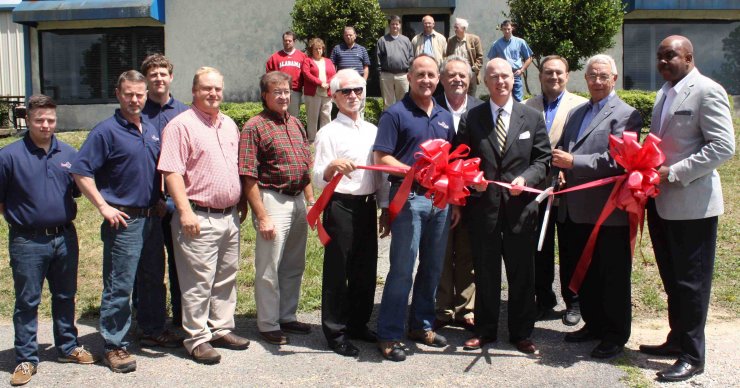 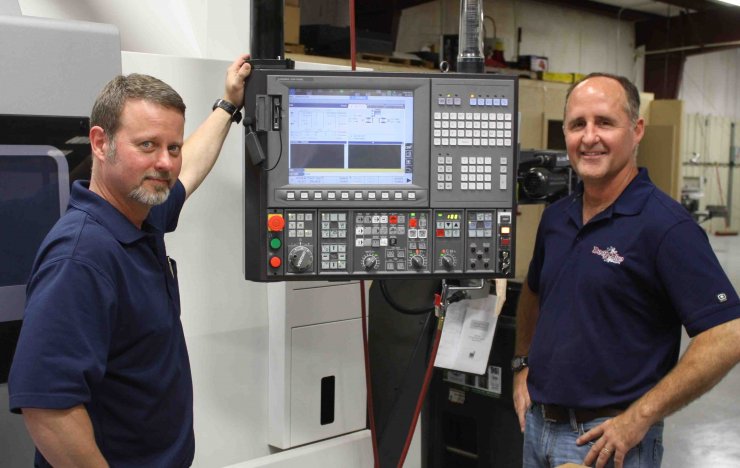 Congressman Robert Aderholt and other invited guests attended the ribbon cutting for Deep Blue Concepts, Inc., Thursday, May 15. Located in an industrial building next to the Haleyville Airport, Deep Blue was formed by Doug Sampson, of Madison, in 2013 with operations beginning in January 2014. Sampson is a former Navy officer who began his 27 year career as an enlisted sailor. Originally from San Diego, and following in his dad's footsteps, he earned a college degree and attended OCS to become a commissioned officer.  Rising from Ensign to Commander, he became the Commanding Officer of the nuclear-powered attack submarine USS La Jolla.

The Navy sent Sampson to attend Auburn University, with the stipulation his degree had to be technical and done in three years.  He did that, earning a degree in mechanical engineering. After retiring from the Navy, he worked for JRC Integrated Systems in Huntsville. While working for others, it was always Doug's interest in manufacturing which made him desire more. It was the leadership aspect of development that spiked his passion, and he was driven by the desire to make things of value.

Sampson had a desire to make parts the best they could be and reliable, especially for the military.  Another desire was to help bring manufacturing back to the United States. He wanted to debunk the idea the American worker is a poor producer of products. These desires motivated him to start his own company.

His start-up plan was economical. His search for the right labor mix of skilled labor and technical training was found in Haleyville. Another advantage of locating in Haleyville was the lower cost of a suitable facility which is located in a HUB Zone, or an area which has been classified as an underutilized business zone, relating to high unemployment. The overall cost of doing business, including labor, is lower here.

Doug hired David Knight to head up the Deep Blue Concepts shop. The shop includes equipment to go from a computer aided design (CAD) to model production to lathes and mills to turn out actual production parts. Doug referred to David as an "oddity" in a good way. He said despite David's 24 years as a machinist, David was not afraid to use the company's state-of-the-art machinery to it's fullest potential, pushing the machinery and himself in the the new digital manufacturing. The new way can go from a drawing to a product rapidly. He said David is open-minded when it comes to new or different ways to get a job done and that was very important in his company.

Presently, Deep Blue Concepts has four employees, plus Doug. At full capacity, there will be seven to eight employees. In three years, his plan is to expand with more equipment and have 25-30 employees. Presently utilizing approximately 10,000 square feet, of over 30,000 available, the company has room to grow.