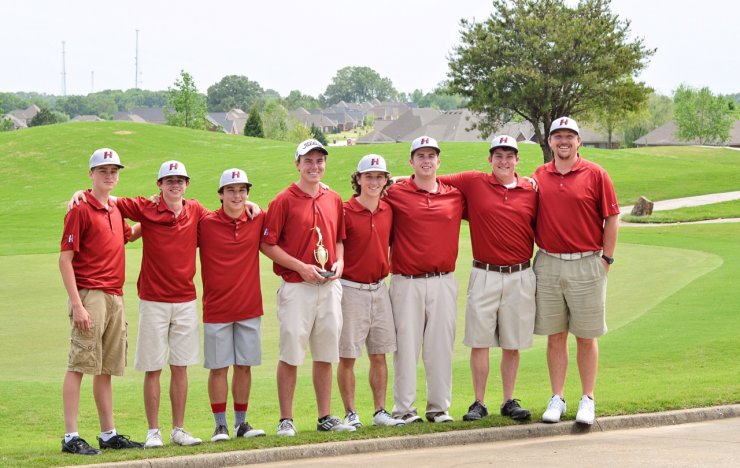 The Haleyville Boys’ Golf Team recently competed in the AHSAA Section Golf Tournament in Florence. The Lions used consistent play from all five team members to finish in third place and advance on to the next round of AHSAA Golf Playoffs. The team was led by junior Clint Phillips and eighth grader JB Miller who both shot 81 on the day. Other team members included Rob Richards who shot 84, as well as Reid Haughton and Colton Russell who both shot 89. Also competing for the Lions were Riley Frederick and Taylor Hogan. The boys’ team will compete Monday in Decatur for a chance to play in the State Championship Tournament in Prattville.