UPDATE: Both Varsity Lions teams had huge area wins Monday evening.  The Lions traveled to Brooks and defeated the #4 ranked Brooks Lions 9-1 with senior pitcher, Hunter Hood. The Lady Lions defeated Priceville 18-0 with senior pitcher, Holly Ward, throwing a no hitter. Anna Laine Godsey and Macy West had home runs in the game, and Lauren Belcher added a grand slam.  This broke the HHS record for the most players on a team hitting home runs during the season, with seven players reaching the goal so far. Congratulations to both teams, and join us on Paradise 92.7 at 4:20 Tuesday evening for live play by play coverage of both teams.

The Varsity Lions Baseball Team opened season play against Priceville last week and swept the series to bring the area record to 3-0. The Lions will travel to Brooks Monday evening to face the Lions, and Brooks will come to Haleyville for a double header Tuesday evening. Be sure to listen to the live broadcast of the second game Tuesday evening on Paradise 92.7.

The Lady Lions Softball Team defeated Brooks and East Lawrence before Spring Break to bring the area record to 2-0 for the season so far. Then, the Lady Lions played in the Gulf Coast Classic in Gulf Shores last week where they went 2-4 in the tournament.  This week, the Lady LIons will face Priceville at Priceville Monday afternoon and Brooks at home Tuesday evening.  Tuesday's game will be covered live on Paradise 92.7. Join us! Good luck to all of our Lions!

Photos are courtesy of Tracie Ward and Amber Lambert. 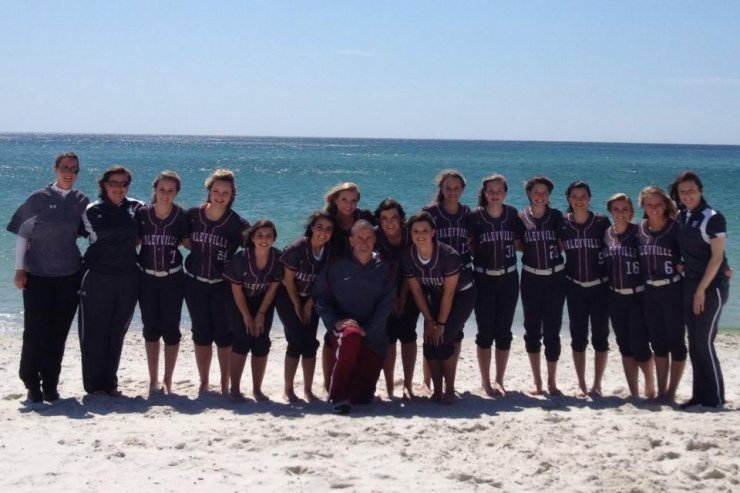