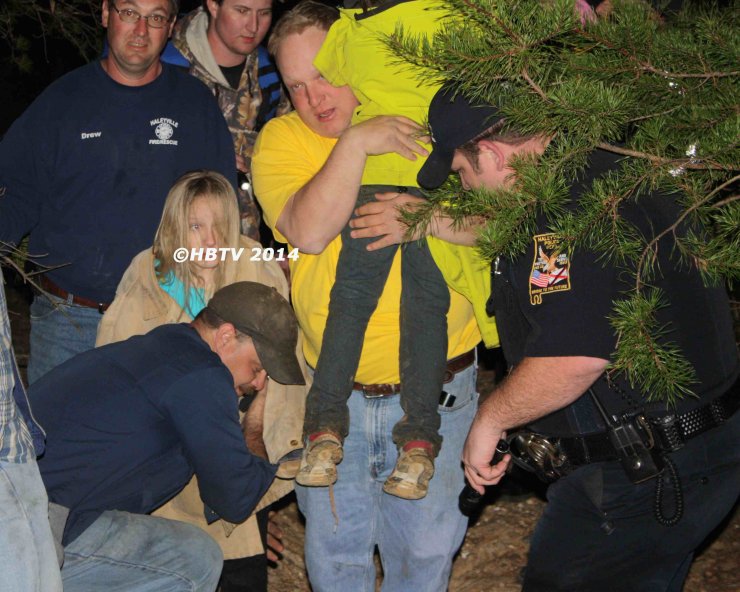 A call to 9-1-1 reported three young girls missing Friday night on 12th Avenue. The 9-1-1 dispatcher then contacted the Haleyville Police Department which dispatched the Haleyville Rescue Squad and the Haleyville Fire Department at 7:36 p.m. to help in the search. A search dog from Russellville and the Alabama State Trooper helicopter from Huntsville were both requested. It was the helicopter infrared system which located the girls.

Reportedly, the young girls, the oldest, a 10 year old from Russellville, and the other two, ages 7 and 5, were from Michigan. They were found unharmed and taken back to where they were staying. All three were visiting in Haleyville. They had decided to search for a water fall on the creek below the bluffs in the woods off 12th Avenue behind Nichols Funeral Home when it became dark and they lost their way. They apparently had followed the creek to the south and were found just off Beech Grove Road.

The use of the State Trooper infrared system proved invaluable in quickly locating the missing girls. Mayor Ken Sunseri gave high praise to the members of the Haleyville Rescue Squad, the Haleyville Fire Department and especially the Alabama State Troopers who assisted in the successful search.