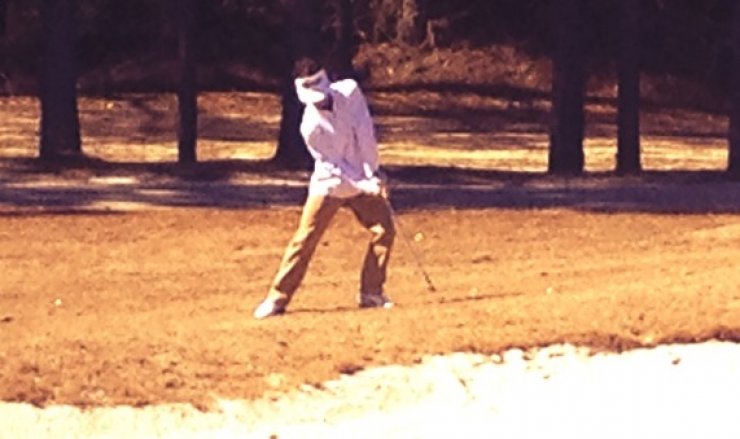 Spring sports at Haleyville High School have experienced a bit of a slump recently due to extreme winter temperatures and far less than perfect practice weather leading up to the start of the seasons.

The 2014 HHS golf season is off to a slow start as Lion golfers are struggling to start the season.  Round after round of arctic weather has hampered the team’s ability to prepare, but as the weather is starting to warm so are their golf games.  The lions started the season in Gulf Shores at the Battle on the Beach tournament finishing last in an eleven team field that included the likes of  Hoover, Hartselle, McGill Toolen, and traditional golf power UMS-Wright.  The lions bounced back, however, finishing second the following week in a tri-match with Cordova and Fayette, in what could only be described as less than ideal weather conditions. The following day they finished third in their first home match with Lawrence County, Fayette, and Winfield.  The team was a mere seven combined strokes from winning in both of those matches.  The Lady Lions golf team also started their season last Tuesday at home by finishing second in a tri-match behind Winfield and ahead of Lawrence County.  Both of the Lions golf teams will look to get back on the winning track Monday, March 10 at home in a tri-match with Hamilton and Red Bay.

This weekend was busy and a bit disappointing for both the baseball and softball teams, as they lost two games each. The Lady Lions played in the Muscle Shoals Tournament Friday and Saturday. They defeated Waterloo and Wilson Friday night. The Lady Lions then opened Saturday with a win against Rogers but lost to Mars Hill and Muscle Shoals to end their quest for the tournament championship. The Lady Lions will travel to Carbon Hill Tuesday at 4:30.