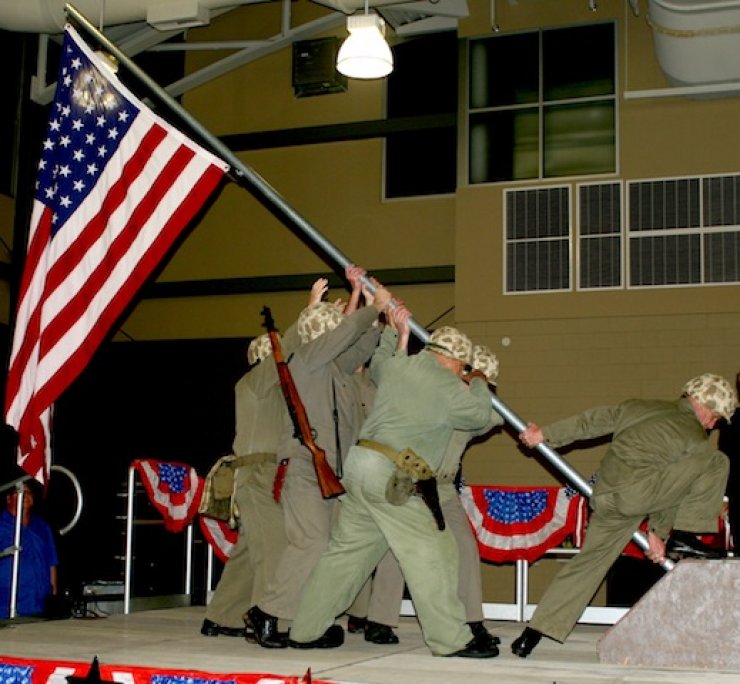 The third annual 9-1-1 First Responders Summit was held at the Haleyville Joint Armed Forces Reserve Training Center this week. Throughout the week, various classes have been presented to military, law enforcement, and various other first responders from more than forty departments around the State of Alabama. Sheriff Rick Harris stated at the awards presentation Wednesday night that the goal of this week has been to provide training to officers and responders across the state and to better prepare them to do their jobs.

Wednesday night, there was a ceremony to pay tribute to our local first responders, as well as an awards presentation.  Sheriff Rick Harris gave awards to local police departments, fire departments, rescue squads, dispatch centers, and other first response organizations in recognition of the endless efforts put forth by these organizations to their respective communities.  A few individual awards were also presented, including an award to Bryan Kirkpatrick of the Winston County Sheriff's Department and Specialist James Griffin of the Alabama Army National Guard for exemplary service and leadership shown in times of need.

For photos of the ceremony and awards presentations, [CLICK HERE].