Each year brings about a variety of events. Some are good, and others are not. Topping the list of our favorite stories this year are the stories that have brought about positive things for our area. Here's a recap of some of our favorite times of 2013. 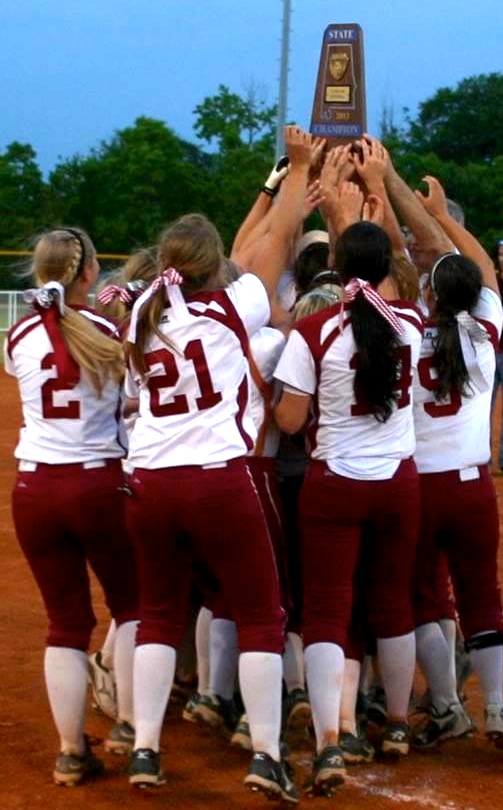 Topping our list of athletic moments in 2013 is the State Championship performance of the Haleyville Lady Lions Softball Team. The Lady Lions have won back-to-back championships in Alabama 4A Softball. In addition, The Addison Lady Bulldogs brought another 1A Volleyball title to Winston County this year.

Many other local teams had outstanding seasons in 2013. Congratulations to the following teams on the achievements!

Haleyville Football ended their season 10-2 after defeating Hamilton and ending the regular season 9-1 and second place in 4A Region 8. They fell short against J.O. Johnson in the second round of the playoffs. Several other area schools entered postseason football play including Phillips, Hackleburg, Addison, Brilliant, Hamilton, and Winfield.  Also, the Haleyville Varsity Cheerleaders recently placed second in the regional UCA Cheer Competition to advance to the national competition in February. The Lynn Lady Bears Basketball Team landed themselves in the Final Four, and the Phillips Bears advanced to the second round of playoffs in basketball. The Haleyville Lady Lions Volleyball Team won their 8th straight WAC title, and two Lions Cross Country runners advanced to the state tournament.

In addition to great team performances, six Haleyville athletes signed athletic scholarships in 2013. Those athletes are Lacey Burleson, Sydney Kiser, Callie Pendley, Lee Lann, Ben Richards, and Holly Ward. Holly Ward was also selected as the number 24 recruit in the nation for this year's senior softball class. Stories on most of these athletic events are available in the archives at the bottom of the HBTV homepage. 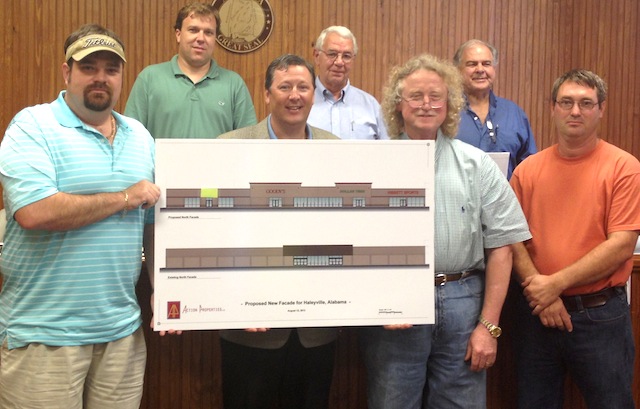 Next, the Haleyville City Council reviewed and approved an Economic Development Plan. This incentives package has made it easier for new businesses to start up in Haleyville. So far, two companies have applied and been approved for this package, including Action Properties for the old Walmart location and Highland's Top Shelf, Inc. for the building and opening of the new Guthrie's Drive-Thru. In total, this plan has already brought three new businesses to Haleyville, with another planned to open Mid-January, and another announcement expected soon for the old Walmart location.

Also, the Haleyville City Council entered a contract with T Investments regarding the purchase of Haleyville City Hall. The contract has been extended a few times due to complications with a permit from ALDOT regarding the parking spaces in front of the building. However, Mayor Ken Sunseri is optimistic about the future of this deal. If things stay on path, T Investments is expected to have all documentation completed by April 26, 2014, and the closing date on the purchase is expected May 5, 2014. Although this plan is headed in a positive direction, the sale is not final until a check has been received and the contract has been closed. This plan has been met with very little opposition due to the current condition of Haleyville City Hall. If the sale does not go through, the City of Haleyville will face hundreds of thousands of dollars to make necessary repairs to the building. 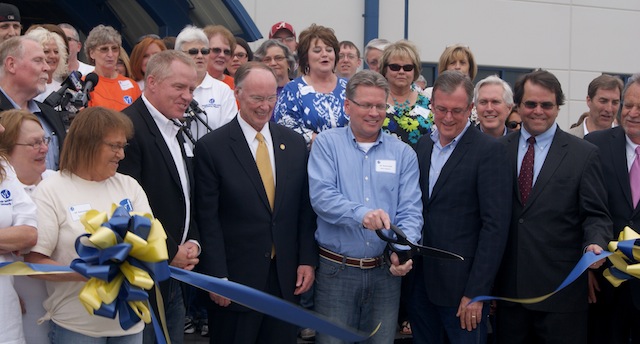 In 2011, much of Alabama was ripped apart by tornadoes that swept the state. Haleyville and the surrounding areas were no exception. Although the impact felt powerful in Haleyville, the hardest hit areas were Hackleburg and Phil Campbell. In 2013, great strides were made in the repair and rebuilding of those communities. One major boost to the Hackleburg community came April 26, 2013, with the grand re-opening of the VF Plant. The former VF Plant was destroyed in the April 27, 2011, tornadoes, and one employee's life was lost inside the plant. With the reopening of this facility, 151 jobs were re-established in the area.