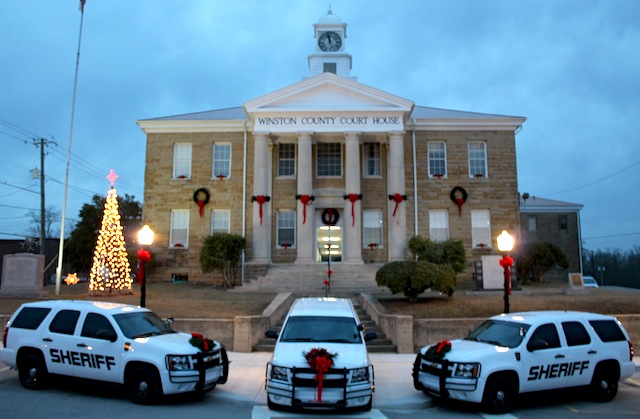 The Winston County Sheriff's Department recently added three new vehicles to their emergency response fleet. Sheriff Rick Harris chose to follow other departments in the county when making this decision, and the county purchased three new Chevrolet Tahoes for the Sheriff's Department. The sheriff stated the SUVs will provide more safety to the officers in the case of a collision, and they are more practical for day to day use in the field. He also feels these purchases will prepare the sheriff's department to better respond to the needs of Winston County.

Sheriff Rick Harris stated, "Our agreement with the Winston County Commission is that my Office would be responsible for half the cost of the vehicles, approximately $33,000.00 each, of which would be paid from the Municipal Inmate Fund. These monies have been made available by our inmate housing agreement with the City of Jasper."

Sheriff Harris also stated, "I want to thank our Winston County Commissioners and Mrs. June King at First National Bank of Double Springs for working out all the many details for the purchase of this much needed equipment."