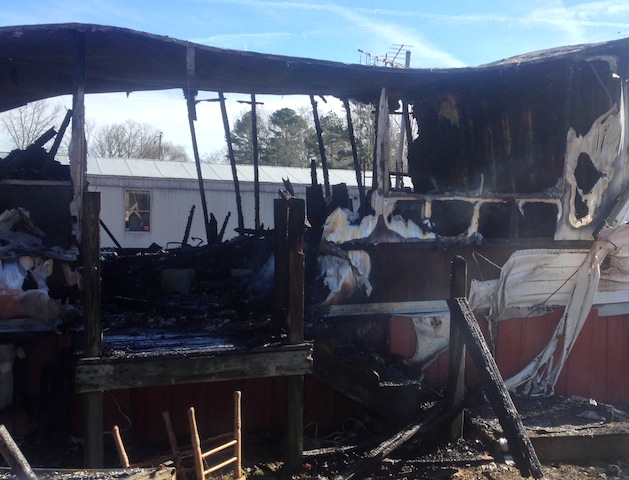 The photo above shows the bedroom portion of the home where Hocutt was sleeping.

There was a residential fire on Duberly Lane in Addison Thursday evening around 8 p.m. The fire was at the home of John and Veronica Hocutt, and their daughter, Anna Arlene Hocutt (age 3), was killed in the fire. The Addison, Central, and Jones Chapel Fire Departments responded to the scene, but the structure was a total loss. The Alabama Fire Marshal's Office is currently investigating the fire and hope to know the cause of the fire after autopsy results are available on the child.

Anna Hocutt is the second child this family lost to a house fire. The Hocutts lost an older daughter in another fire a couple of years ago while she was at a friend's home. Three people were killed in that fire.