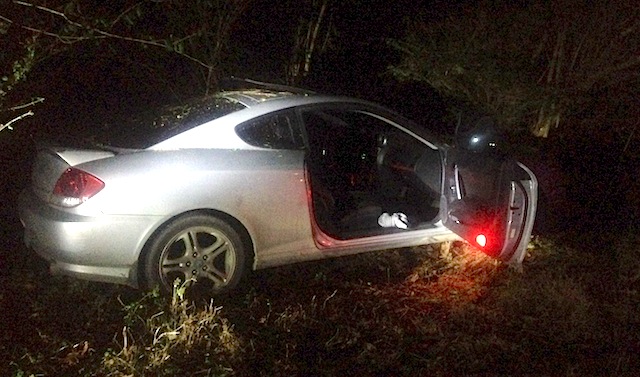 The Haleyville Police Department had a chase Sunday around midnight.  The chase ended when the driver lost control of the car and crashed into a wooded area in Hilltop Subdivision.  Both the driver and the passenger were arrested at the scene. The passenger was a minor, and information will not be released regarding that person. The driver, Ryan White (age 19 of Haleyville), was arrested for Possession of Marijuana, Driving Under the Influence, and Attempting to Elude a Police Officer. Neither individual was hurt in the accident.