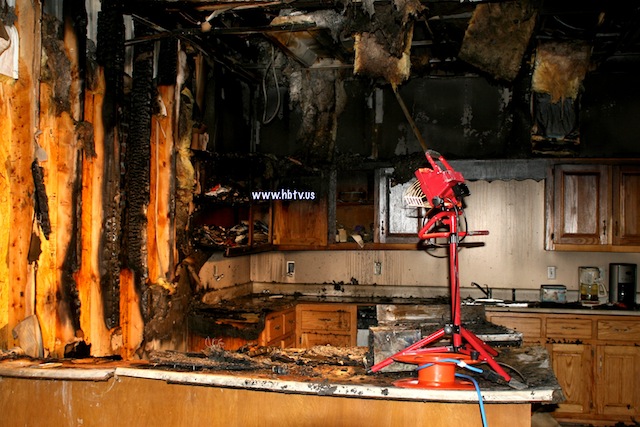 As reported earlier, a fire broke out in the Fellowship Hall of the Bear Creek Number One Baptist Church around 7:30 a.m. Thursday morning.  The Bear Creek Fire Department reacted quickly, asking for back up from neighboring cities and communities.  In total, eleven fire departments were represented on the scene Thursday, and because of quick responses and experienced decision-making the fire was contained within the structure.  Firemen on the scene feared for the worst as the call was received, but they were able to stop the fire from spreading to the sanctuary of the church, and the damage was mostly contained to the central area where the fire began.

Once the fire was extinguished, the Alabama Fire Marshal's Office and the Bureau of Alcohol, Tobacco, Firearms, and Explosives investigated the scene. They were able to confirm the fire started in the wall near the kitchen area of the building. Officials believe the fire started because of a failure with the electrical system.

Police Chief Shane Whitten thanks the Haleyville Police Department, Marion County Sheriff's Department, and Alabama Department of Public Safety who provided assistance with traffic control and scene safety throughout the day. He stated the situation would not have been as well controlled without each of these agencies, and he is very thankful for the mutual aid provided and the unity shown during the town's time of need.

Assistant Fire Chief James Loden echoed those thoughts in reference to the fire departments on scene. When BCFD received the call, they immediately requested assistance from the Haleyville Fire Department. Once on scene, assistance was also requested from Hackleburg, Phil Campbell, Delmar, Pebble, Hamilton, Brilliant, Blue Springs, and East Franklin. In addition, one member of the Vina Fire Department was in the area when the call was given and stopped to provide assistance until enough men were on the scene to handle it safely. Loden stated area fire departments struggle with having enough manpower during the daytime hours due to members having full-time jobs.  However, he also stated he is grateful to have enough departments in the area who are willing to help when needed to save lives, homes, businesses, and churches when the time comes. As stated on the BCFD Facebook page, the BCFD is only a page away when help is needed in return. 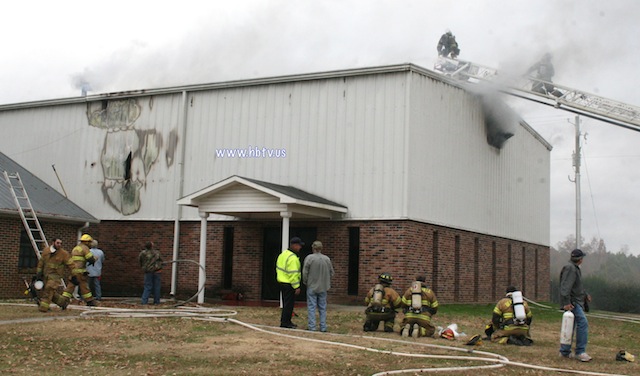