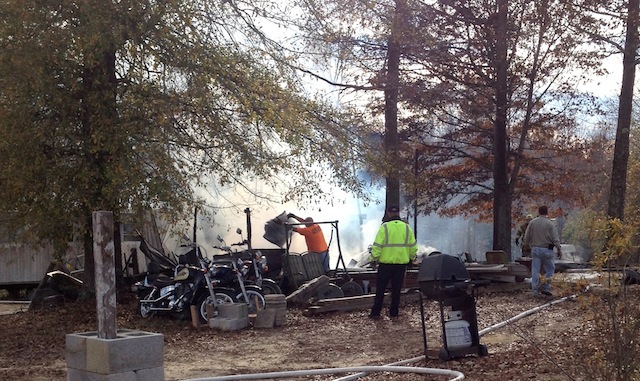 Firemen sort through debris from the shop fire. The mobile home is shown in the back of the photo.

Officials on the scene stated HPD officers spotted the smoke from the fire while making a traffic stop in the area. When firemen arrived on the scene the workshop was almost completely destroyed, and the fire had spread to the family's mobile home. Because of a speedy response, there was substantial damage to the home, but it was not a complete loss. The family was not at home during the blaze, but the family was unable to save one of the family pets.

The cause of the fire is under investigation.