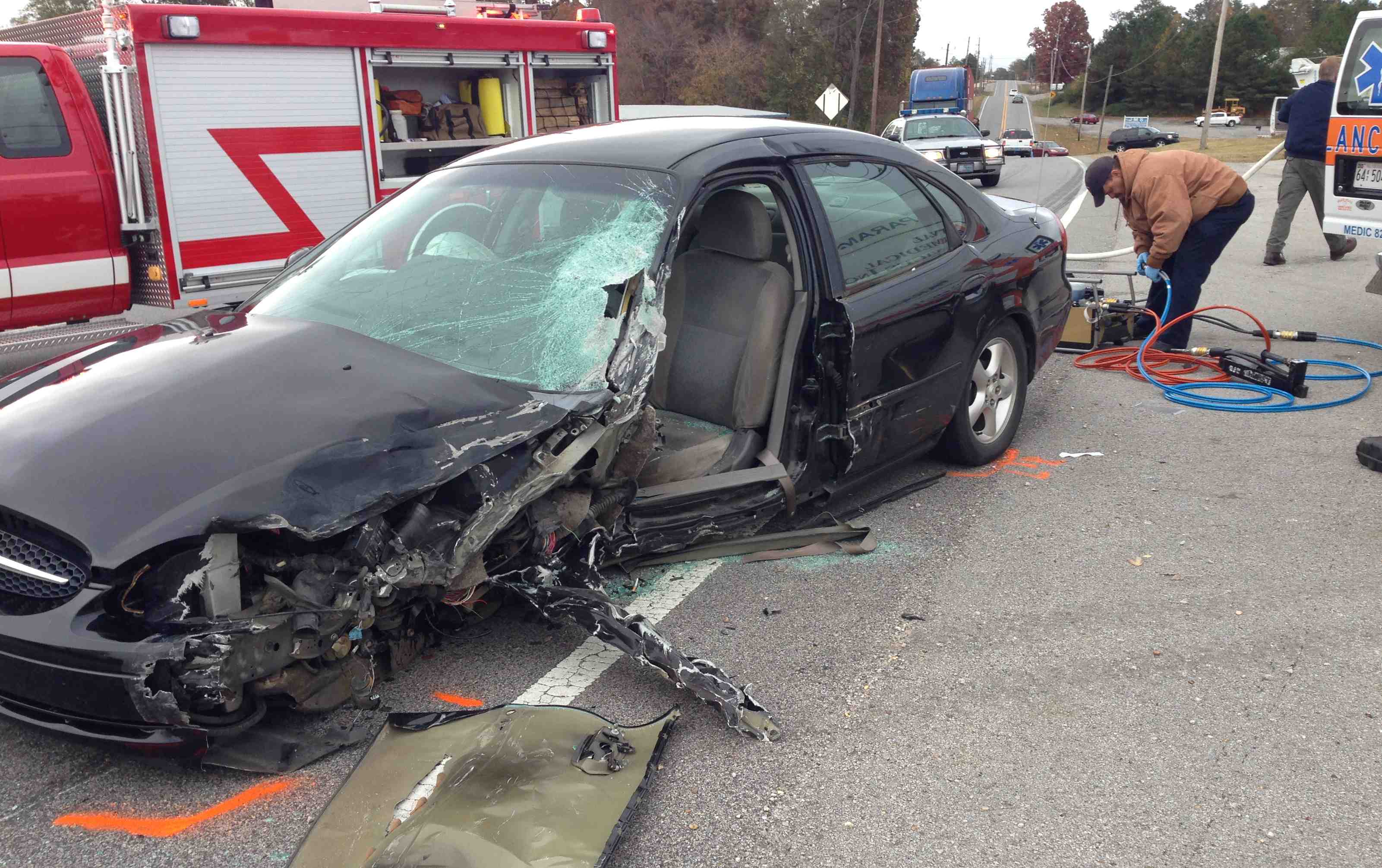 Two vehicles collided on Highway 13 North early Tuesday morning blocking both lanes of traffic for approximately thirty minutes. The Ford Taurus pictured above driven by Paul Jones, of Bear Creek, was headed toward Haleyville and was struck on the left front side by the left front side of a Chevy pickup driven by Todd Seals of Haleyville who was west bound. Both vehicles spun away from each other and both remained upright. The pickup stopped some distance away in a parking lot. The Haleyville Fire Department used the jaws of life to free Jones from the Taurus who was later Air Evaced from the scene to a Birmingham hospital. Seals was transported by ambulance to the Russellville Hospital. Neither appeared to have any life threatening injuries.