Another Aggie Bites the Dust 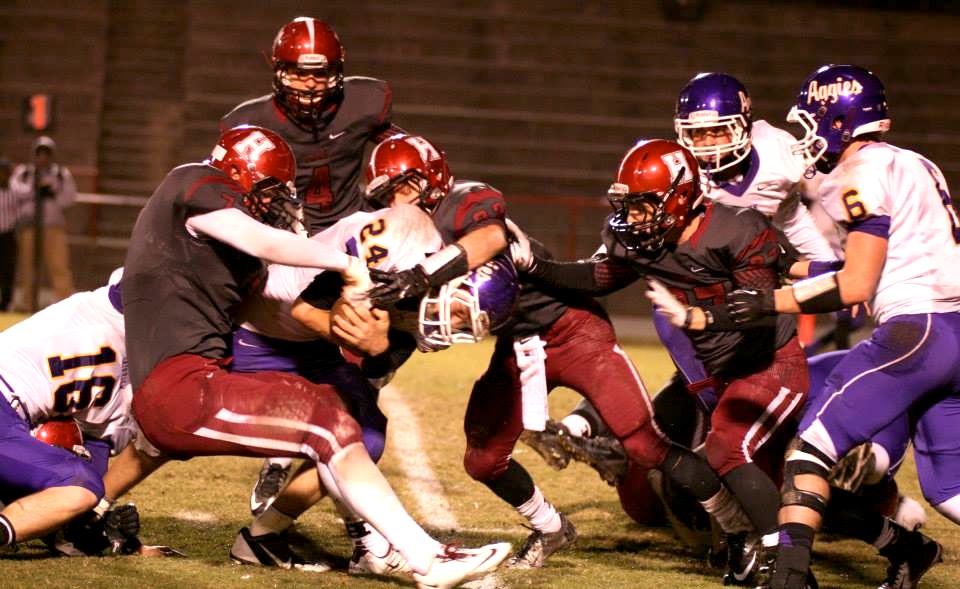 The Haleyville Lions took on the Fairview Aggies Friday night in the first round of the Alabama High School Football Playoffs. Haleyville scored first on a Conner Kiser to Jonas Dodd 13 yard pass with only 35 seconds left in the first quarter to give the Lions a 7-0 lead. Fairview completed their only scoring possession with 9:24 left in the half. However, the kick was no good, and the Lions held on to a one point lead. Haleyville followed up the Fairview score with two scoring drives of their own to complete the half. One was a Kiser to Dillon Posey 35 yard pass, and the other was a 27 yard field goal by Carlos Hererra. The Lions led 17-6 at the half.

The game was scoreless in the third quarter, but the Lions fell back into the groove in the fourth. Kiser scored on a 21 yard run with 10:39 remaining. Next, Sherrill returned a punt 72 yards for another Lions TD, and Griffin McCarley had the final score of the game when he returned an interception for 6 more points.

The Lions won with a final score of 37-6. They will face J.O. Johnson High School in Round 2 of the playoffs, after Johnson defeated Lincoln High School Friday night to advance. The game will be played at 7:00 p.m. in Huntsville.