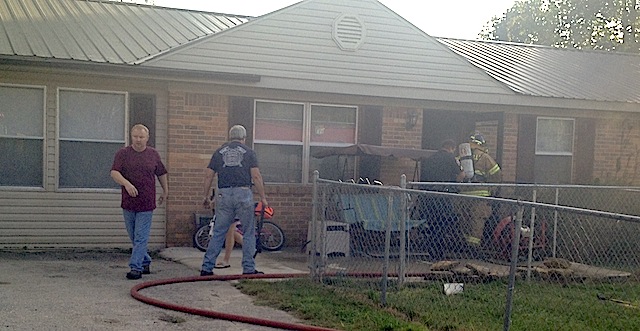 The Haleyville Fire and Police Departments responded to 292 Rebecca Drive Thursday afternoon around 4:30 p.m. to a fire at the Stacy McNutt residence. McNutt's daughters were home alone and were preparing an afternoon snack when the fire began in the kitchen.  Both children were able to escape the home, shaken but unharmed and called for assistance from the Haleyville Fire Department. The firefighters on the scene and the home owner were also able to rescue the family dog, which was not injured during the fire. There was moderate damage to the kitchen area and minor smoke damage throughout the home.