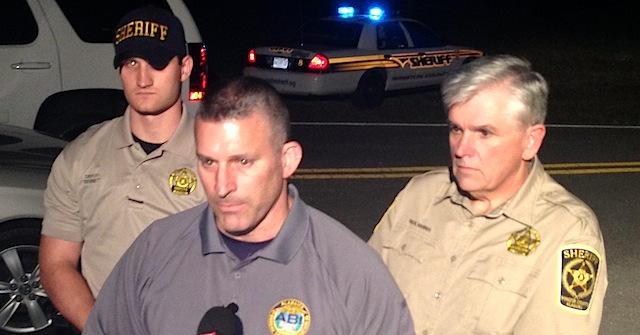 Around 7:00 Wednesday evening, the Winston County Sheriff's Department received a call from a Black Pond resident stating she had noticed a car on an old logging road near her residence. The caller stated she had seen the vehicle before lunch Wednesday morning but did not notify authorities until she saw the vehicle had not moved at around 7:00 that evening. The caller also indicated she believed the occupants of the vehicle were dead. When WCSD deputies arrived on the scene, they were able to confirm the occupants were deceased and requested assistance from other agencies including the Alabama Bureau of Investigation, the Arley Police Department, the Double Springs Police Department, and the District Attorney's Office.

Due to the nature of the crime and the victims not being local, many details have not been made available at this time. There were four caucasian occupants in the white car, and all occupants were dead upon arrival of officials. Initial reports indicated the victims died from gunshot wounds, but the causes of the deaths have not been officially determined at this time. The bodies have been transported to the State Forensics lab for further evaluation. The car and the surrounding area has been thoroughly processed, and the vehicle was moved to the lab for further forensic testing.

More information, including the identities of the individuals and their hometowns, is expected to be released later this afternoon.