Wildcats Rain Down on the Lions 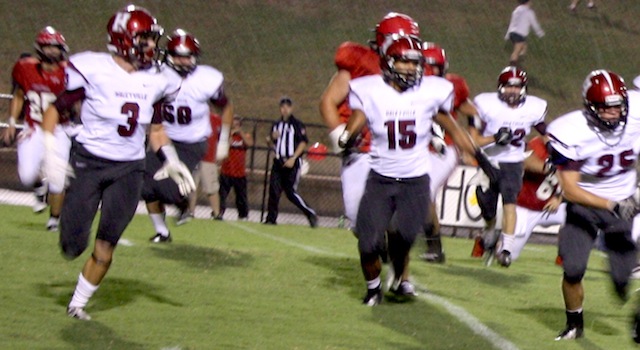 The Haleyville Lions suffered their first loss of the season Friday night against the Central Wildcats. The Lions now have a 3-1 record with a 2-1 record in the region.

The first score of the game came from Central on a 1 yard run. Next, Blake Wilkes passed to Brady Sherrill for a ten yard touchdown to even the score at 7. With 43 seconds left in the first quarter, Heath Self scored on a 27 yard run to give the Lions a 14-7 lead. The second quarter belonged to the Wildcats, and the half closed with Central leading 21-14 over Haleyville. Central scored two additional touchdowns in the third quarter, and Haleyville earned a safety to take the score to 34-16 at the end of the third. Central added one more touchdown in the fourth quarter to make the final score 41-16.