13 South Closed Due to Car Fire 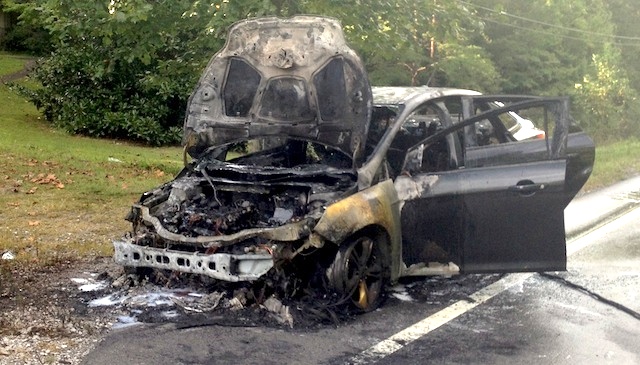 The Delmar Fire Department responded to a car fire on Highway 13 South Sunday evening around 3:40 p.m.  Officials on the scene closed down a portion of Highway 13 while they were fighting the fire, but they were not able to contain it before the car was destroyed. Louis Arnold of Birmingham, owner of the 2013 Ford Focus, stated he saw flames coming from his car when he was driving down the road but was able to move it off the roadway and escape uninjured. The cause of the fire is unknown at this time but is under investigation.