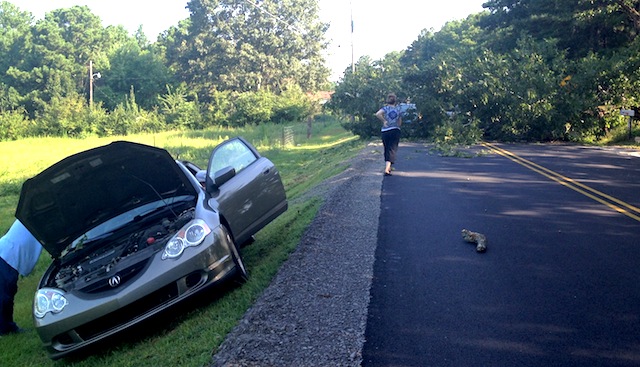 Collin Wright was traveling near 3315 Dime Road Thursday morning in his 2002 Acura. He stated he heard the sound of a tree "cracking" and saw a large portion of a tree falling.  Wright stated he left the road to avoid the tree, and he was able to escape most of it.  However, there was minor damage to the driver's side of the car.  Wright was able to leave the scene without injury. The Haleyville Police Department responded to the call and worked to ensure safety until the tree was removed from the roadway. The tree was located on the county right of way but was cleared by the Haleyville Street and Sanitation Department so the road could be reopened for travel.