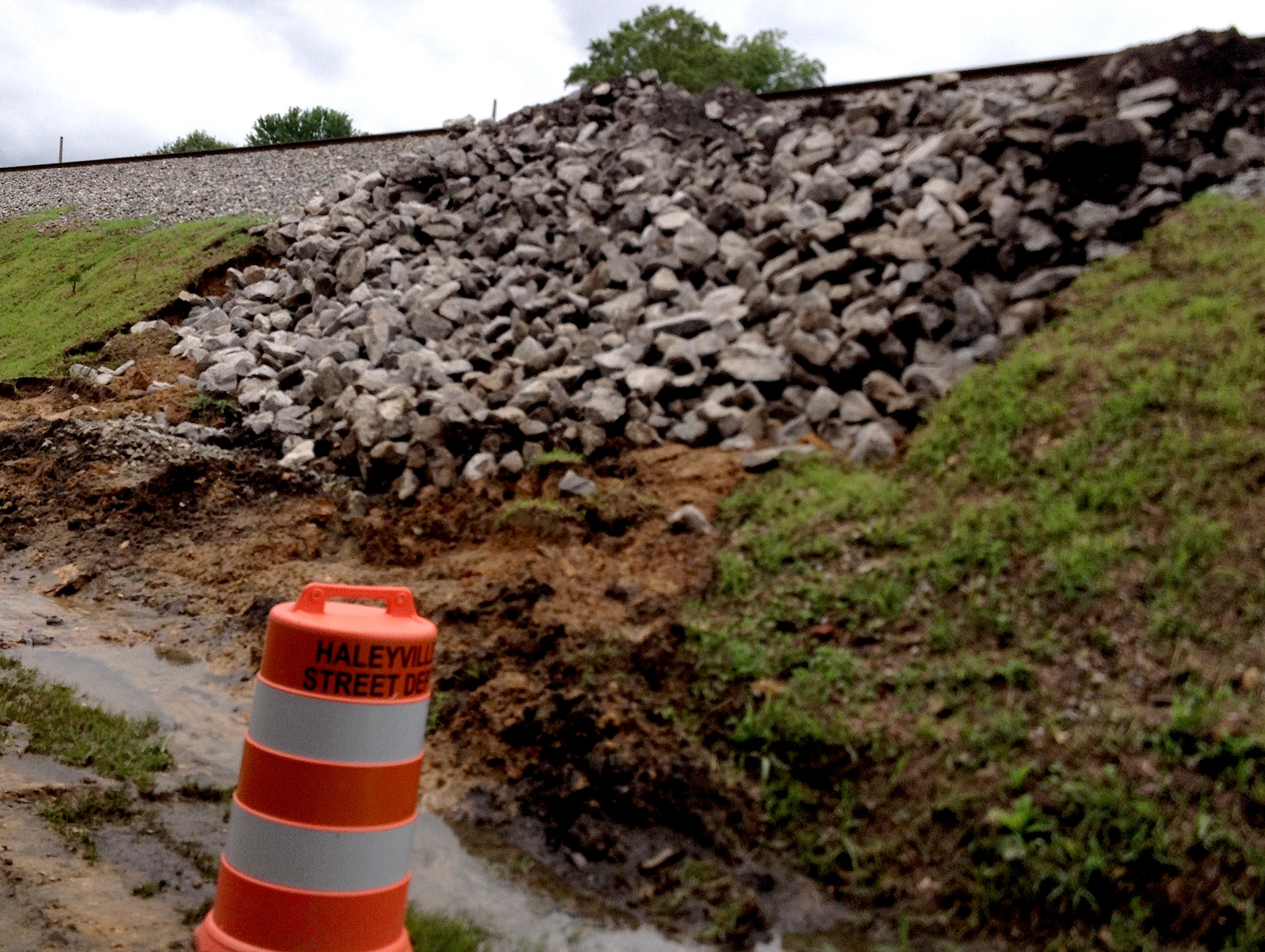 Haleyville and the surrounding communities have seen unprecedented amounts of rain over the past several days, but significant issues arose after heavy downpours Friday evening and night. One of the main concerns was on Alabama Avenue in South Haleyville. The heavy rains washed the foundation from under the railroad and caused a mudslide, which also covered Alabama Avenue. Workers from the City of Haleyville responded promptly to notify Norfolk Southern and to maintain safety around the scene. Norfolk Southern filled the area with rocks, and the City of Haleyville cleared Alabama Avenue of the remaining debris. Trains continued running on their normal schedules, and Norfolk Southern is expected to further examine the area when the weather has cleared.

In addition to the mudslide, several county roads were forced to close due to flooding in Marion and Winston Counties Friday evening.  Reports also indicate around eight inches of water was standing on State Highway 13 near the old Midway Restaurant, and numerous trees were reported down in the area including on County Highway 62 in Bear Creek and on Hoggle Ridge Road in Haleyville. There were also power outages in the area related to the weather.

Marion and Winston Counties both remain under a Flash Flood Watch at this time.  More heavy rainfalls are possible through Saturday evening. Be alert to the weather and more possible flooding situations throughout the day.  Remember to never drive through water covering the roadways, even if you think you know how deep it is.