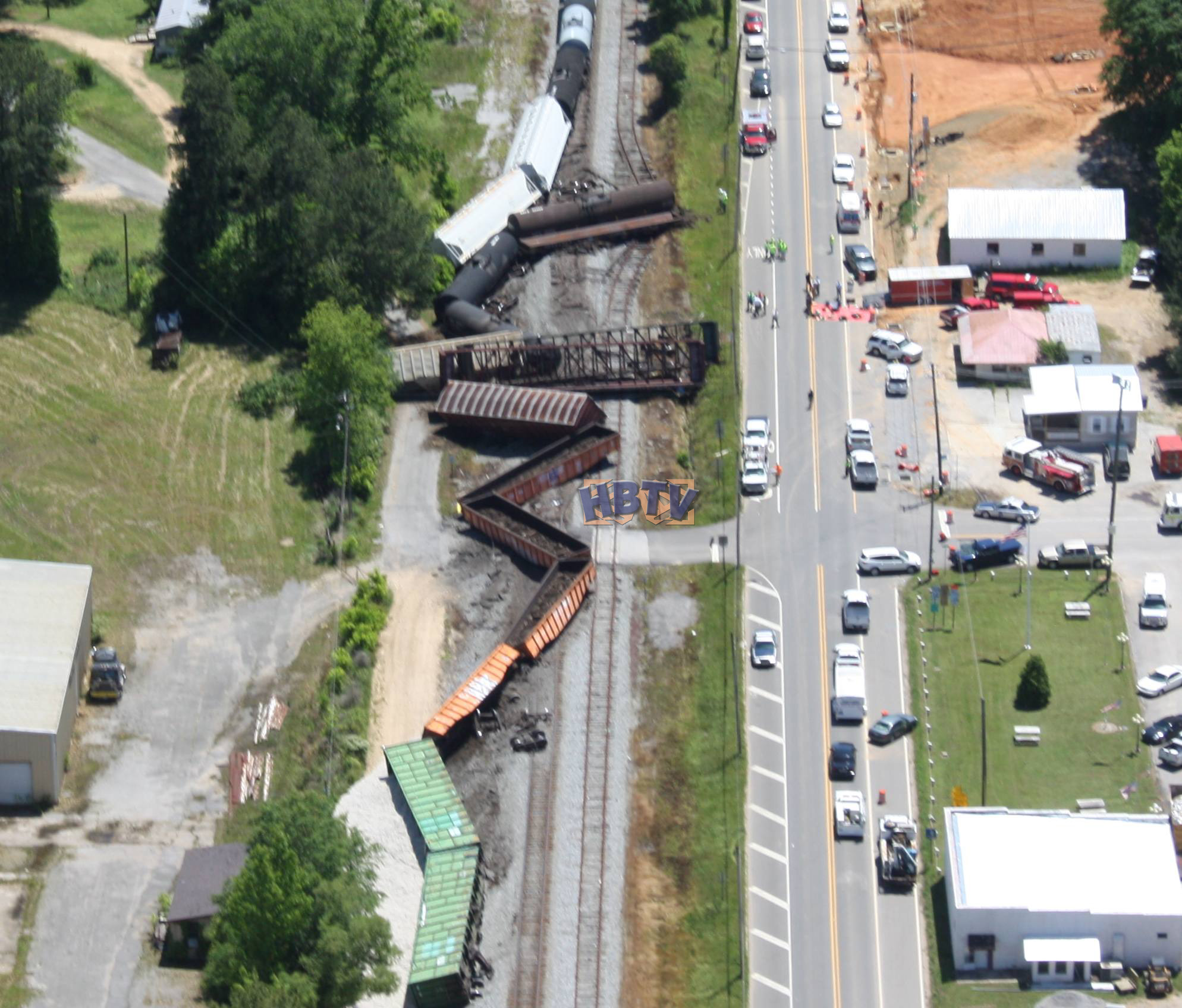 A Norfolk Southern Train derailed at around 12:15 p.m. Thursday afternoon in downtown Bear Creek. The cause of the derailment is unknown at this time but under investigation. The train was 76 cars long, and about 13 of the cars left the track.  The train was carrying hazardous materials, but luckily the cars that were overturned were empty.

Phillips Elementary and High Schools were evacuated according to plans that were in place for any derailment. All children and teachers were safely transported to St. Paul Baptist Church on County Highway 79. About four square blocks of Bear Creek was evacuated for safety precautions, and the evacuations went very well and without any major issues.

The Bear Creek Water Department shut down the water until it was deemed safe for use, but no issues were found with the water supply.

State Highway 13 was shut down for several hours but was reopened once the area was secure and the area was deemed safe for travel.  Crews remain on the scene at this time, and sightseers are asked to steer clear of the area to allow crews room to work and to ensure their safety.

Stay tuned to Paradise 92.7 and HBTV for all details as this story continues.