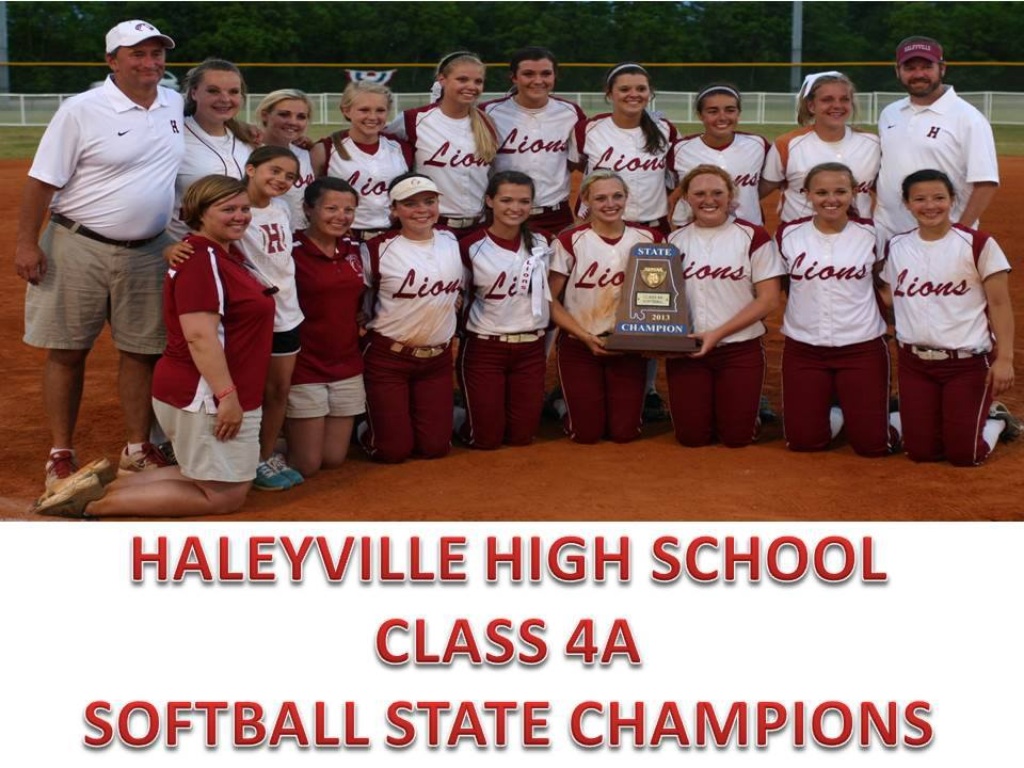 The title was truly an act of team plays, but some players made a real impact on the outcome.  Three Lady Lions were named to the 4A All State Team.  Those ladies were Callie Pendley and Allie O'Rear.  Holly Ward was also named Most Valuable Player of the tournament for the second year in a row. O'Rear had her career best performance in the tourney and made several key plays in each game, including several outstanding hits and RBIs.  Ward was the sole pitcher throughout the tournament but was also a key hitter, including a stand up double and a home run in the final championship game. C. Pendley continued to show her talent with slap bunts and stolen bases. Tori Pendley also added a home run against Charles Henderson, along with several key plays at first base, and AnnaLaine Godsey laid down a bunt to advance runners to secure a victory. Perri Gilbert, Payten Townsend, Lacey Burleson, and Macy West added important hits when the Lady Lions needed them the most.  Sydney Kiser also did a great job behind plate, while adding big hits in the final championship game.

Haleyville High School is the first public school to earn back to back state titles in 4A Fastpitch Softball.  They also ended their season with a 45-13 record, which is the most wins in a single season in HHS history. Congratulations, Lady Lions!

For photos of Haleyville vs. Charles Henderson, [CLICK HERE].

For photos of Haleyville vs. Cherokee County, [CLICK HERE].

For photos of Haleyville vs. Central of Florence, [CLICK HERE].

For photos of the First Championship Game vs. Alabama Christian, [CLICK HERE].

For photos of the 2013 Final Championship Game vs. Alabama Christian, [CLICK HERE].