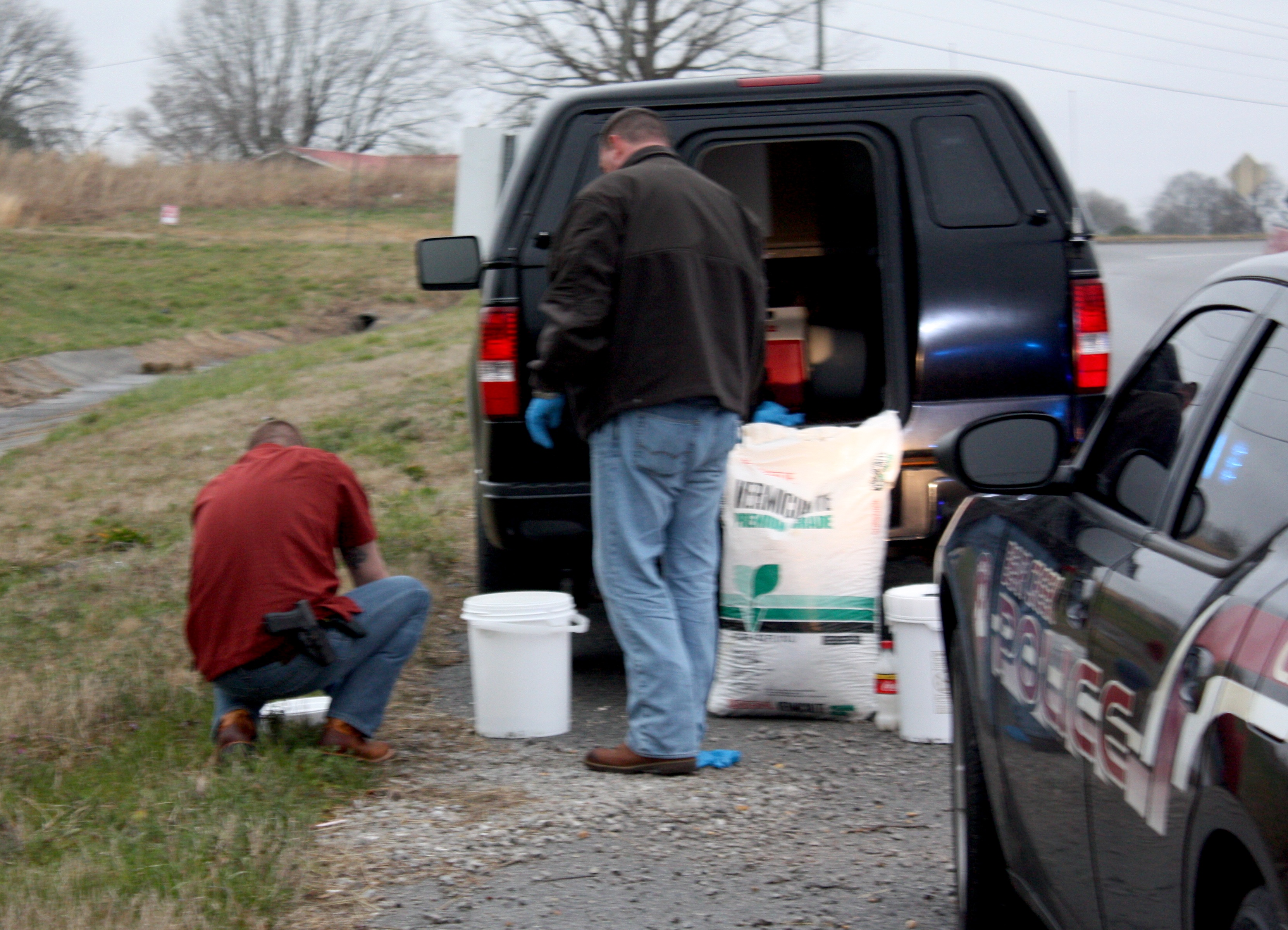 Bear Creek Police Chief Ed Franks stated the Marion County Drug Task Force and Bear Creek Police Department recovered several mechanisms that had been used to manufacture methamphetamine.  The devices were discovered by and reported to authorities by several motorists in the area of the Don Tidwell Bridge in Bear Creek.  Authorities believe the products were thrown from cars.

Chief Franks reminds everyone to be cautious if products that look to have been part of methamphetamine production are discovered.  He stated it is important to leave the area, and report the devices to authorities immediately.  Never touch these items because there is a risk of them exploding if handled improperly.