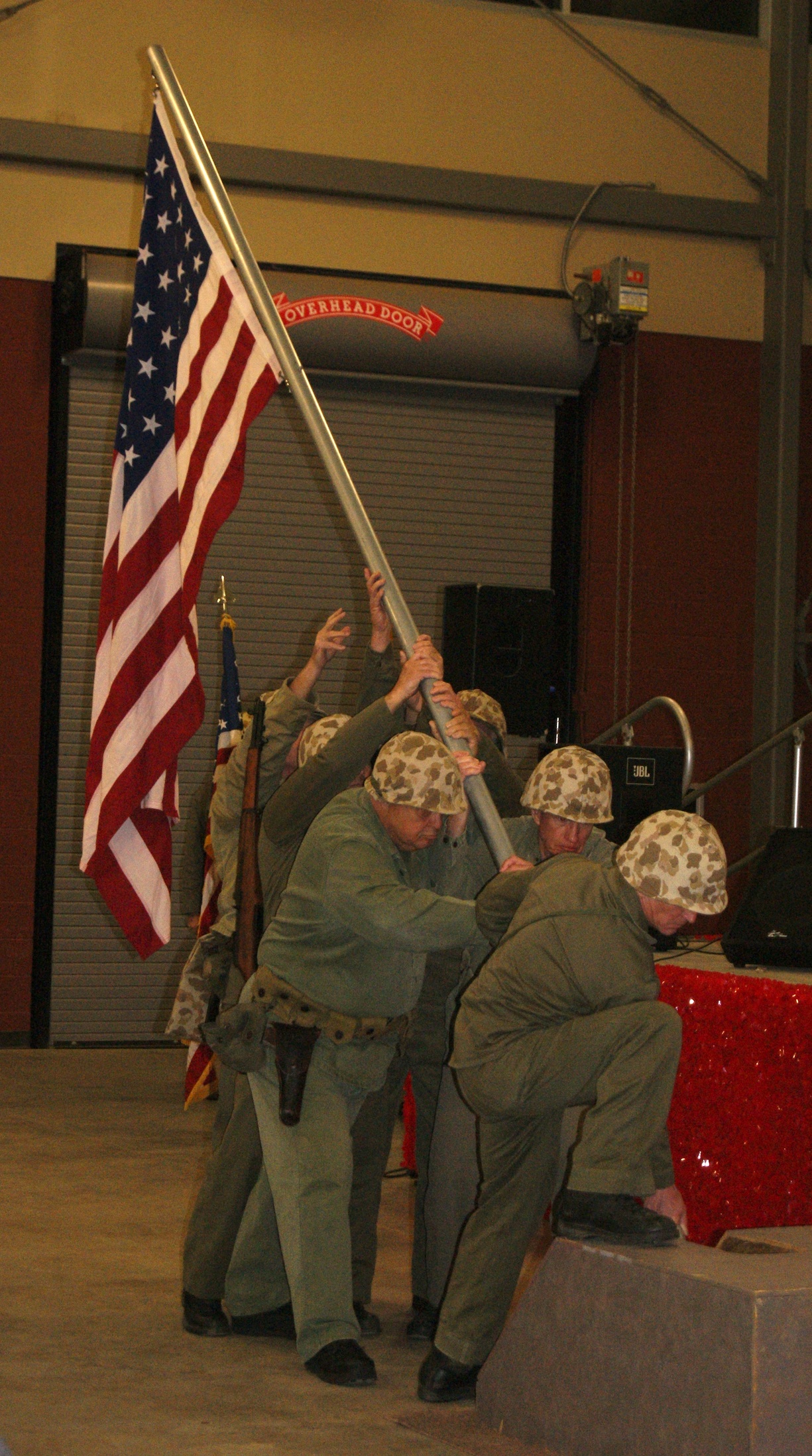 The 9-1-1 Summit, hosted by the Haleyville Chamber of Commerce, was a special day for local First Responders.  Throughout Wednesday, there were classes for the responders, military weapons displays, military vehicle displays, and a wall of heroes that included photos of all Alabama natives who have been killed in action since September 2001.  The evening service began with a re-enactment of the flag raising at Iwo Jima by the Howlin "Mad" Smith Marine Corps League.  The day closed with an awards ceremony and a religious service.  The keynote speaker for the event was Chaplain Mitch Nethery, Major, Alabama National Guard.

Awards given to local First Responders are listed below (in no particular order):

Randal Loden - Dispatcher of the Year for the City of Haleyville

Phillip Weaver - Director of Emergency Management for the City of Haleyville

Terrell Baccus - Firefighter of the Year for the City of Haleyville

Greg Glass - Driver of the Year for the Haleyville Fire Department