Close Call With a Heavy Load 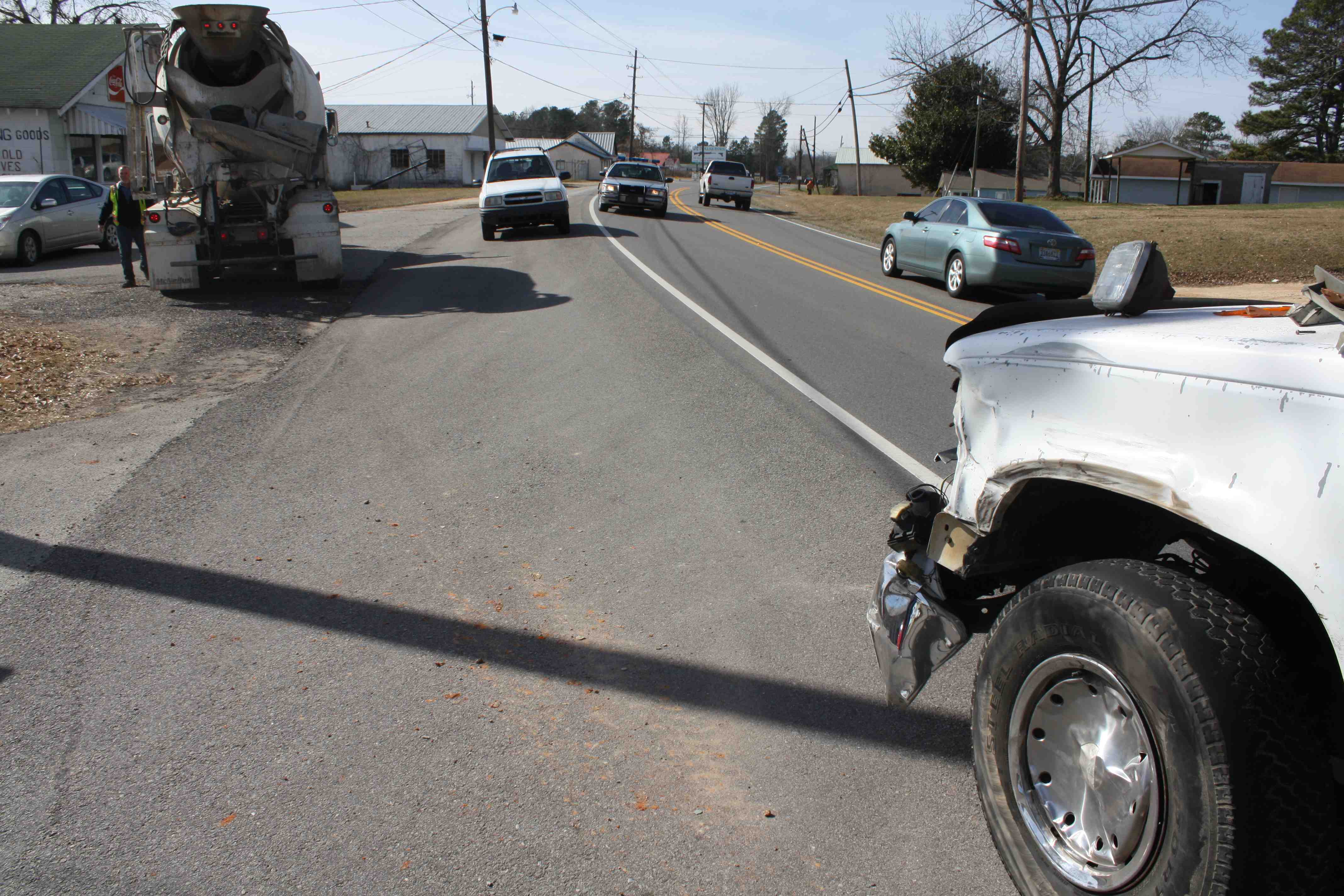 Saturday morning Terry Lovett was making a turn in his white GMC into the parking lot at Whitman's Service Center on Highway 195 when he was struck by a loaded concrete truck. The driver of a Blue Star concrete truck, loaded with 9 yards of concrete on its way to the new Wal-Mart store, was unable to stop in time to avoid hitting the pickup turning in front of him. Witnesses said the truck was not going that fast and the driver confirmed he was not. He stated he swerved to avoid hitting the truck turning in front of him and it was just not easy getting the loaded truck stopped. There were no injuries, and repairable damage to the fender of the pickup.