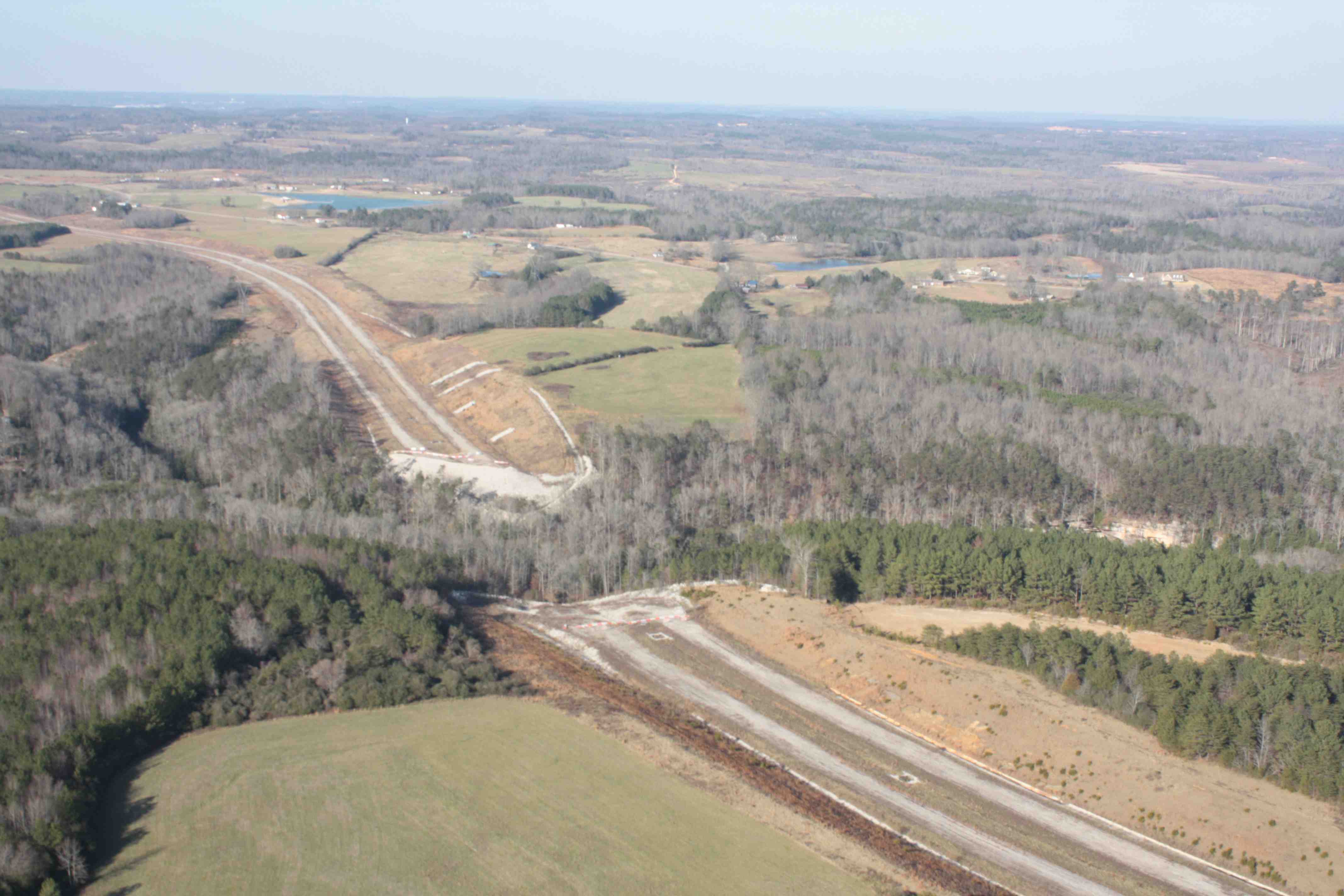 A contract to build he third set of bridges on the new four-lane near Phil Campbell over the Gas Branch Creek has been awarded to Wright Brothers Construction of Charlestown, TN for $14.7 million. Once finished, this bridge will essentially complete the construction on the first section of the project known locally as the Haleyville By-Pass. In recent years, this road has become known as the I-22 Connector. The complete project will connect the present 4-lane just south of Spruce Pine to I-22, south of Natural Bridge.

There are three sections in the "Haleyville By-Pass" portion of the entire project to I-22. The first section will be basically completed when the Gas Branch Creek bridges are in place. This section is from the existing 4-lane just south of Spruce Pine to Franklin County 79, located at the north end of Dime Road. The second second starts there and goes to Highway 195, next to Wal-Mart in Haleyville. The third section will go from Highway 195 to Yankee Trace Road, at the present location of the VFW building.

Eric Samples, of Wright Brothers Construction stated work on the new set of bridges should begin in early March and should take approximately two years to complete. Because of the topography, construction will be difficult. Samples stated the company will build a temporary bridge first in order to gain access to both sides of the construction site. Unlike the construction of the bridges over Bear Creek, the company will be unable to float in cranes to assist in the placement of the trusses.

No other funding has been allocated for anything beyond the construction of the Gas Branch Creek bridges.