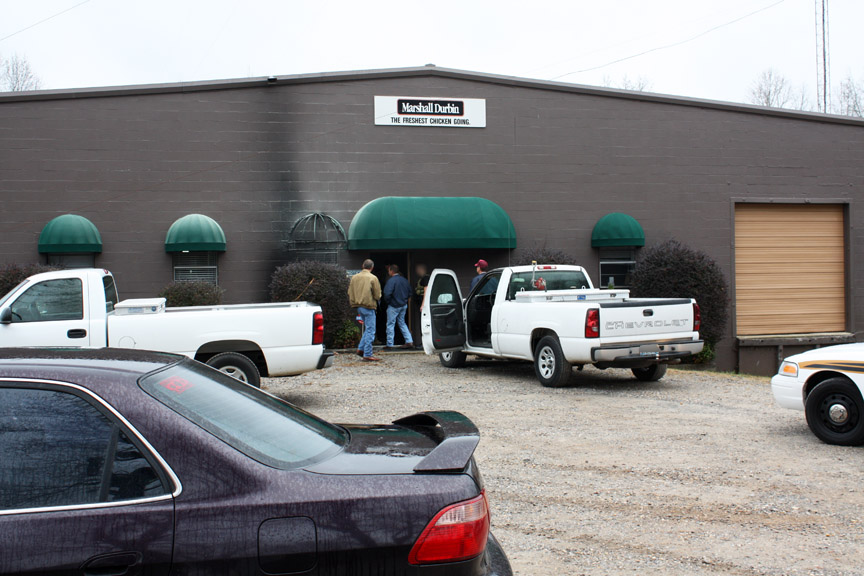 Law enforcement officials are searching for Charles Heavner Jr., whom officials describe as a "disgruntled former contractor of Marshall Durbin." He was last seen leaving the Marhsall Durbin facility on CR20 in Delmar. He is believed to be driving a small, blue Honda SUV. According to Winston County Sheriff's Sgt. Concord, Heavner tried Tuesday morning to gain entry to the facility and was denied. Concord, citing witness statements, said that he then allegedly set fire to the awning on the front of the building using what appeared to be an unknown amount of gasoline. He then left the scene.

Heavner is described as a white male, 43, 5-foot-10, 230 pounds, with  blue eyes and brown hair. Anyone seeing this man should call the Winston County Sheriff's Investigations Unit at (205) 489-2115. Officials advise not to approach him because he may be armed and he is considered dangerous.