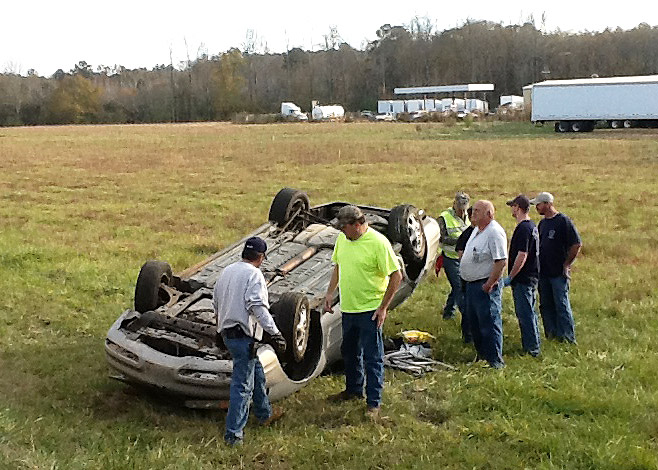 One woman was killed and another was airlifted to Birmingham after a one-vehicle accident on Alabama 13 near County Highway 99 in Bear Creek Thursday afternoon. Rebecca Foster Patton, 56, Sheffield, who was driving the vehicle, died at the scene. Elizabeth Watson Foster, 89, Sheffield, was airlifted to UAB.

According to a witness who was following, the car left the road twice and on the second time became airborne. It landed on its nose and slammed onto its top, the witness said.

Bear Creek Fire arrived on the scene shortly after the 2:15 PM accident. Firefighters were able to access the passenger compartment and cut both victims out of their seatbelts. Bear Creek and Haleyville police also responded to the scene. Bear Creek is handling the investigation.