Ida Ocena Burrell, who wil be 91 on December 28, was a U.S. Navy Wave during World War II. She was one of many local veterans who enjoyed a veterans program at the First United Methodist Church Monday night. Thad Forester spoke about his brother, SRA Mark Forester, who was killed in Afganistan on September 29, 2010 while serving as a U.S. Air Force Combact Controller.

Wednesday, local veterans were welcomed with coffee and snacks before being honored at a veterans program at the Haleyville High gym. Readings by essay winners and musical performances by the HHS band and choral group highlighted the event. 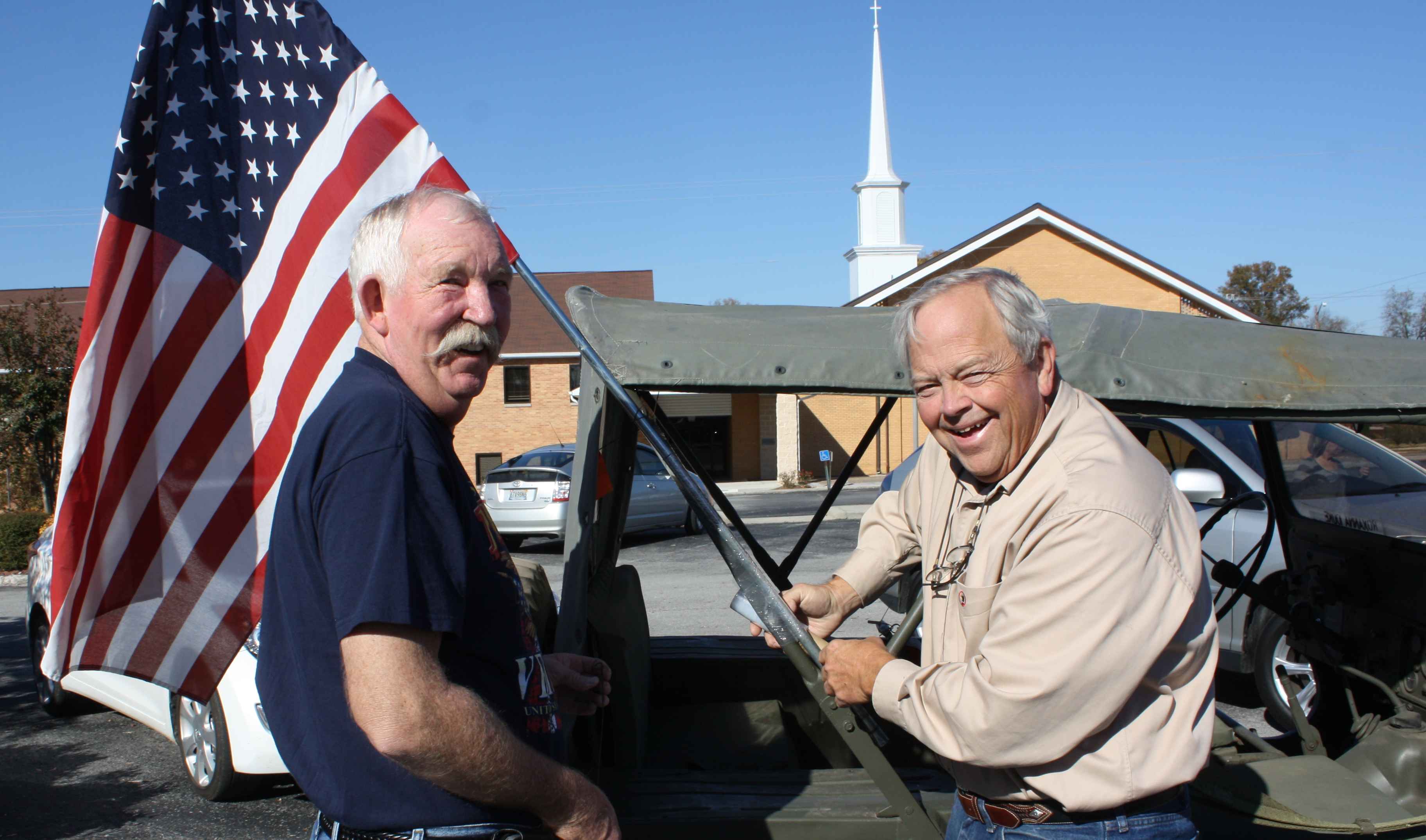 Roger Wakefield and Johnny Wilson attach a U.S. flag to a vintage Army jeep just before the parade on Saturday. It was one of the smallest turnouts ever for a veterans parade, but the weather was perfect and so was the parade.

Placing the wreath at the Haleyville War Memorial was Sergeant Major James Duke, retired in 1997 after serving 41 years in the U.S. Army. Happy Veterans Day to all my fellow veterans.