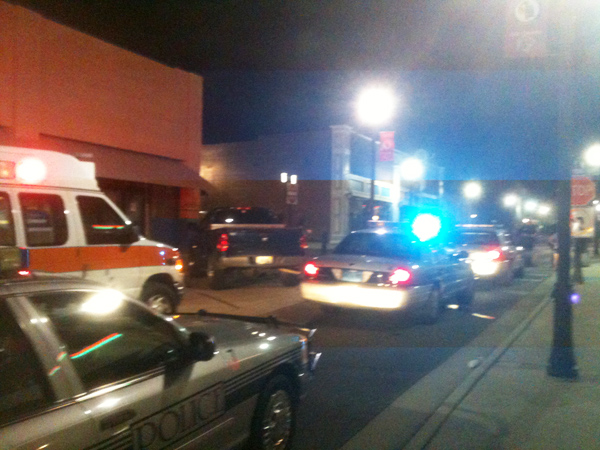 A young man was assaulted around 9 PM Friday downtown in front of Guthrie's and Global Medical. This the second straight weekend that involved an incident downtown during the weekend. Last week, the library was vandalized again. 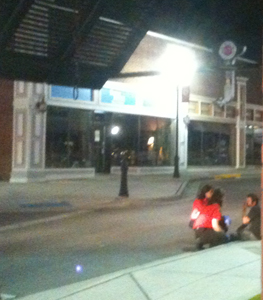 A Haleyville police officer on patrol drove up on a young man, in his late teens or early twenties, lying in the middle of 20th Street near the intersection with Quinton Ave. shortly after 9 PM Friday. The man was bleeding from the head and arms and appeared dazed.

According to witnesses, a group of teenagers, both male and female, were talking around 9 PM about how the victim “was going to get it.” No witnesses who agreed to be interviewed saw the actual assault occur. “I heard them talking about it, went back inside for a minute, then saw the police,” one witness said. The witness returned outside and saw the man lying in the street.

RPS was called to the scene. Paramedics performed first aid and the victim was not transported to the hospital.

The "Mall," as this area of Downtown is known, includes the area between 19th Street and 21st Street and from 11th Avenue to 9th Avenue, including the parking lots on the perimeter of the area.

The parking lots are frequented on the weekends and each lot is de facto claimed by various cliques. Visitors tend to park their vehicles in rings and "hang out" in the middle. On Friday night, police told vehicle owners to park within the designated parking spaces. Shortly after, most of the vehicles left the area.