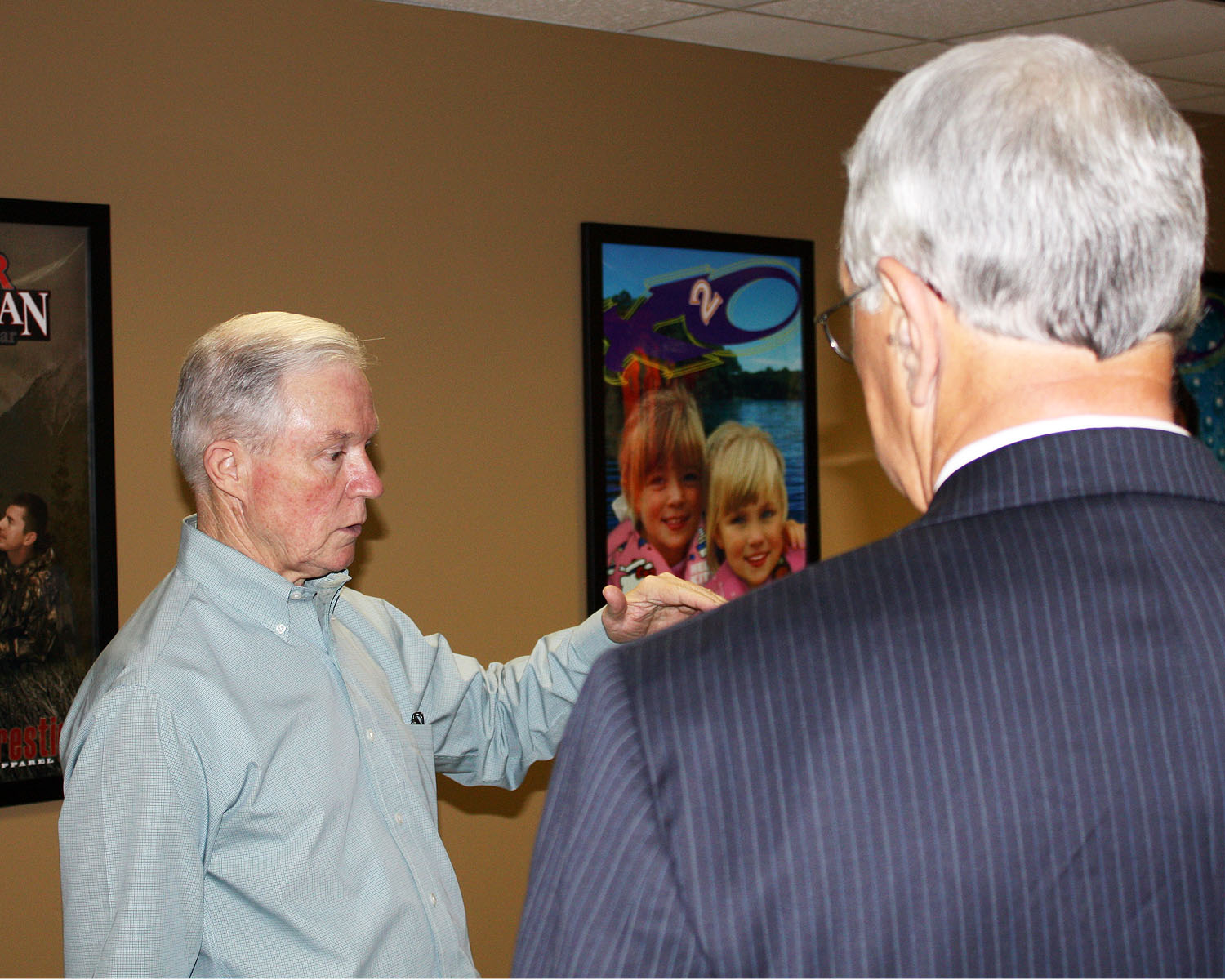 Sen. Jeff Sessions (R-Ala.) visited Exxel Outdoors Monday to check on the manufacturer's progress after a loophole in U.S. tariffs was closed last Decemember. Sessions placed a hold on U.S. trade legislation to force the Obama administration to close the loophole.

Exxel CEO Harry Kazazian said, "It makes a huge difference when a senator really cares about workers." He praised both Sessions and Rep. Robert Aderholt (R-Haleyville) for their efforts. He believes that as long as Sessions and Aderholt are "looking out," the loophole will stay closed.

Sessions took a lot of heat for his efforts, from both sides of the aisle. Through the loophole, a Bangladeshi company was shipping sleeping bags tariff-free to a firm in Kentucky. Kentucky is the home state of the Senate's Republican leader, Mitch McConnell.

Kazazian said that Exxel can operate in the black on a fair playing field and now plans to expand, increasing jobs.