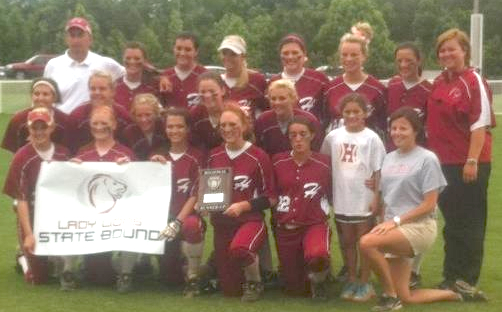 The Haleyville Lady Lions fell one game short of the AHSAA North Central Region championship Friday and Saturday, but their runner-up finish sends them to the AHSAA State Tournament.

They play in the State Tournament at Lagoon Park in Montgomery, starting Friday, May 18, Noon, against Alabama Christian.

Coach Kelly Rushing stated he was proud of the girls and looking forward to going to play in the state tournament. The HHS seniors left Saturday morning for their annual educational trip to Washington and New York. What about seniors having to chose between the trip and playing in the state tournament he was asked. "Not a problem, this year, we have no seniors on our team," Coach Kelly Rushing explained.